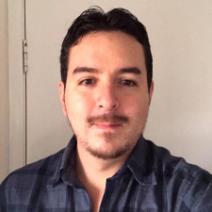 Immersive Continuity: Long Takes, 3-D Sound, and the Impression of Reality in the Cinema of Alfonso Cuarón

Based on the audio-visual aesthetics found on the films of Alfonso Cuarón, my thesis aims to propound a set of filmmaking strategies that could lead to the creation of immersive cinematic pieces, exploiting the three-dimensionality of sound and the full potential of the immersive cinematic apparatus of present day. The idea is to facilitate the enhancement of the cinematic impression of reality and the illusion of being transported into the narrative world.

René Idrovo is an emergent filmmaker and scholar. He is a lecturer in sound related subjects at Universidad UTE, Ecuador; and a Ph.D. Researcher in Film, TV and Interactive Media at University of York, UK. His research studies the impact of sound technology in the generation of new audio-visual aesthetics, focusing on the relations that exist between realism, the sonic space, and the immersive experience in cinema. Moreover, his thesis explores the ways in which the cinematic apparatus can transport the spectator into the narrative world, and what may be the effects of such transportation. René's work has been published in journals in the U.K., Europe, and Latin America. As part of the Ecuadorian National Scholarship Programme, he has been selected among a large number of applicants to become one of the leaders that shall academically and practically contribute to the development of his country’s film and television.