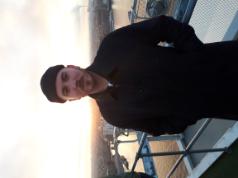 My thesis aims to investigate the interrelation of space and memory in the context of shifting patterns of Holocaust remembrance, as expressed in cultural works.  Particularly, my research will be informed by theories of 'cultural memory', and will focus on the movement and accretion of Holocaust memory between and within certain spaces.  It is my contention that such cultural expression forms a mnemonic network that is fluid and responsive to change, yet remains intimately tied to the concrete historical sites and events at its origin; this becomes particularly clear when creative works are viewed through the twin lenses of movement and accretion, mentioned above.  In order to demonstrate the nature of this network, I will engage with both real and represented spaces that have hitherto been under-researched, or are emerging areas of interest in the context of the cultural memory of the Holocaust.  Acccordingly, my thesis will consider outer space - in the form of both celestial imagery and real-world acts of commemoration - cartography in creative works, and works of digital or online Holocaust memory.  Each of these elements will be illuminated through reference to a wide range of texts, including literature, film, graphic narrative, testimonies, artworks, websites and others.  In so doing, it is my hope that I will be able to contribute a novel dimension to the existing body of work on the cultural legacy of the Nazi genocide, while offering insights into possibilities for the effective continuation of Holocaust commemoration.

I completed a BA (Hons) in English Language and Literature and an MA in English Literature at the University of Sheffield, where I wrote my Master’s thesis on the depiction of Médecins Sans Frontières in the graphic novel form, alongside essays on Holocaust representation. I am undertaking my PhD research as a member of the Future of Holocaust Memory Network, which is funded by the White Rose College of the Arts and Humanities, and through which I work closely with colleagues from the Universities of Leeds and Sheffield.