I joined the Department of Film Theatre and Television at York as a Lecturer in Film, Television and Digital Culture in 2017. I research digital effects, popular cinema, and interactive media, and have published two books on these subjects (see Research tab for more info). I teach on a range of modules on the Film and Television Production BSc and Interactive Media BSc, and am a Fellow of the Higher Education Academy, completing a Postgraduate Certificate in Academic Practice in 2017.

My research concerns digital effects, popular cinema, and interactive media. My PhD explored the representation of space in the contemporary Hollywood action sequence, using theorists like Henri Lefebvre to read action films as a particularly spatial cinematic form. This was published as Hollywood Action Films and Spatial Theory in 2015 by Routledge.

From 2015 to 2018 I undertook a British Academy Postdoctoral Fellowship titled Contemporary 3D Cinema: Space in the Digital Age. This work explored 3D cinema in the twenty-first century, considering in particular its links with wider visual media and technological developments, as well as its highly distinctive aesthetics. The project resulted in articles published in Cinema Journal and New Review of Film and Television Studies, and the book Spaces Mapped and Monstrous: Digital 3D and Visual Culture, published by Columbia in 2020.

I am currently beginning a research project on the Graphic User Interface and the influence of this form upon a range of other media (film, TV, videogames), and have begun producing video essays in order to explore alternative forms of research dissemination. 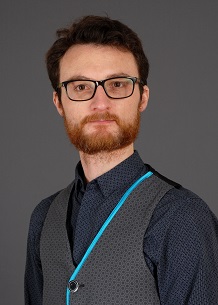 I release occasional video essays which are available via YouTube.

I was the producer and co-founder of Look/Think Films with Ben Woodiwiss from 2010-2018, an independent London-based film production company. Our first feature, Benny Loves Killing (2012) received many favourable reviews and won several awards at international film festivals, including Best Horror at the Oregon Independent Film Festival.

‘Quantification and Substitution: The Abstract Space of Virtual Cinematography’ Animation: An Interdisciplinary Journal 8:3 (2013): 253-266