Visit Louise LePage's profile on the York Research Database to:

I joined the Department at York as Lecturer in Theatre in the Autumn of 2016, having arrived from another Theatre, Film, and Television Department at the University of Reading. Before that, I was at Royal Holloway, University of London, where I graduated with a PhD in Drama and Theatre in 2012, and where I remained as Teaching Fellow until 2014.

I am interested in theatrical representations of the human. I work mostly in the area of theatre and the posthuman: where theatre engages with technologies, which are putting pressure upon notions about ourselves as certain sorts of beings and characters. I am presently developing this focus in relation to robots as performers and characters. My interests also extend into theatre that is science fictional, where the genre confronts theatre with fascinating possibilities and challenges.

I teach across the UG and MA programmes, most particularly the use of technology in performance as well as acting and performance.

I am currently Programme Leader for Ungergraduate Theatre.

My research is concerned with the relationship of technology and the human as they manifest in play texts and performances. I am interested in such questions as: How do theatre, performance, and the wider world represent the human in identity terms? Or as a subject in political, historical, and philosophical terms? Or as a performer or actor, whose acting approach or mode of performance is revelatory of certain assumptions about selfhood and the world? What implications do robot performers have for our understanding of theatre and performance? Theatre today is responding to these questions in particularly urgent and lively ways because of technology’s encroachment upon the stage and upon the ‘natural’ human form.

In April 2016, I delivered a performance-lecture, ‘Inside Robot Theatre: What Happens When Robots (and Children) Take to the Stage?’, at the University of Reading. This event arose out of a research project, which featured a sociable industrial robot called Baxter. The Baxter Project sought to interrogate how a stage robot manifests and effects our understanding of the performer, performance, empathy, and character. (For details and materials arising from this project, visit www.robottheatre.co.uk.) I have written about work by the UK-German collective, Gob Squad, and Japan's Seinendan Theater Company in collaboration with Osaka University Robot Theater Project, both of whose interdisciplinary, cutting-edge practices make innovative use of robots, amongst other technologies, to interrogate human performance. My approaches to this dramatic and performance work are informed by theories of posthumanism, robotics, and science fiction, amongst others.

I have a monograph forthcoming with Palgrave: Theatre and the Posthuman: A Subject of Character and my co-edited book (with Siân Adiseshiah), Twenty-first Century Drama: What Happens Now was published in July 2016.

I have published on the role of theatre in robotics design, as well as on Simon Stephens, Sarah Kane, and Katie Mitchell.

I welcome enquiries from prospective postgraduate students on any aspect of my research interests, including proposals with a practical component, but most especially where research engages with robots, plays, and performance, and science fiction theatre.

• 'The Importance of Realism, Character, and Genre: How theatre can support the creation of likeable sociable robots’, International Journal of Social Robotics (forthcoming in 2021). (Refereed journal).

• ‘“Thinking Something Makes It So”: Performing Robots, Mimesis, and the Importance of Character’ in Siân Adiseshiah and Louise LePage (eds.), Twenty-First Century Drama: What Happens Now (Basingstoke: Palgrave, 2016).

• ‘Machine-Hamlet: To be, or not to be’. A short film whose subject is the rehearsals for a performance of Hamlet, where Hamlet is performed by a sociable industrial robot called Baxter. https://www.youtube.com/watch?v=CrOTmyZcwO0

• ‘Inside Robot Theatre: What Happens When Robots (and Children) Take to the Stage?’ 16 April 2016 in the Bulmershe Theatre, Department of Film, Theatre & Television, University of Reading. For transcript and film of the event, visit www.robottheatre.co.uk

• www.Robottheatre.co.uk
A website I have recently constructed in order to disseminate my research. 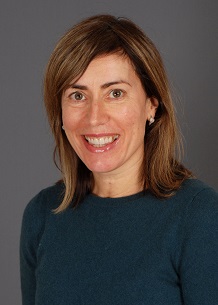