Ten years after completing a bachelor’s degree in English Literature I returned to full-time study to pursue my interest in theatre. At the University of Texas I researched theatrical performance in the World War II Jewish ghetto at Terezín (in German, Theresienstadt), completing and staging a play about the cultural life of the ghetto for an MFA degree in playwriting. During my doctoral studies at the University of Minnesota I spent several semesters in the Czech Republic, interviewing Terezín survivors and searching for previous unpublished scripts. In 2008 my annotated volume of plays and cabarets from the ghetto was published in Czech and German; in 2009 I completed a PhD thesis on survivor testimony about theatrical performance in the ghetto.

After postdoctoral fellowships at the US Holocaust Memorial Museum in Washington, DC and the Center for Jewish Studies at Harvard University, I was appointed Lecturer in Theatre at the Department of Theatre, Film, Television and Interactive Media at the University of York in September 2011.

Association for Theatre in Higher Education

Why We Laugh: A Terezín Cabaret. Project initiator, dramaturge and historical advisor for a new play by playwright Kira Obolensky, based on my translation of the Terezín cabaret Laugh with Us. Workshop rehearsals and an invited showing of the script in development were held at the Playwrights' Center in Minneapolis, MN in December 2010. The completed play was performed at the Rafael Schaechter Institute festival in Terezín and the Nine Gates Festival of Czech-German-Jewish Culture in Prague in June 2011.

The Death of Orpheus. Dramaturge and historical advisor for student performance of a verse drama written in the Terezín ghetto. Directed by Juliette Brungs, Department of German, Scandinavian and Dutch, University of Minnesota.

"'Longing and love for the beloved homeland': Survivor Testimony on Czech Culture in the Terezín Ghetto and Postwar Reintegration," Česká literatura 58.4 (2010):  444–463.

“Voices from the Edge of the Abyss:  Theatrical Texts from the Terezín Ghetto," Teatron: An Israeli Quarterly for Contemporary Theatre 26 (Winter 2009): 58–63.

"The Law of What Can Be Said: The Archive and Theatrical Performance in the Terezín Ghetto," in Literature of Concentration Camps, ed. Colman Hogan and Marta Marin (Cambridge, UK:  Cambridge Scholar Publishing, 2007), 366–383.

My research interests include theories of affect, identity and subjectivity, trauma, humour, and the roles that theatrical performance plays for societies in crisis.

I am currently working on two book-length studies resulting from my research on theatrical performance in the Terezín ghetto.

In my dissertation on Terezín survivors' narratives in postwar Czechoslovakia (from 1945-48 and 1963), I examined each collection as the source of two sets of evidence:  one regarding the remembered past, and another regarding the present of the testimony.  By analyzing elements that remain stable across time, we gain insight into the reasons why so many survivors claim that theatrical performance actually helped them survive.  Elements that change, on the other hand, reveal the specific political and social pressures the survivors faced at that time. For example, in their immediate postwar testimony they responded to intense pressure to adapt to new ideals of Czech identity by emphasizing the left-leaning, progressive nature of Terezín theatre.  For the book manuscript I will incorporate two additional periods of testimony:  interviews organized by the Jewish Museum of Prague in the mid-1990s and my own interviews conducted in 2004-2008. I will consider how the Czech survivors’ testimony has changed since the “Velvet Revolution” in 1989, and ask how the rules that regulate Western discourse on the Holocaust have influenced what the survivors say and what we hear.  For example, have our fears of Holocaust denial influenced the survivors' claims, which have been consistent over the past several decades, that opportunities to experience beauty and pleasure were crucial in their attempts to cope with life in the ghetto?

"Can't Cry for Laughing":   Czech, German and Zionist Cabarets from the Terezín Ghetto

What role did cabaret performance play in the lives of prisoners in the Jewish ghetto at Terezín?  In this work I interpret newly rediscovered cabaret texts using theories of trauma and theories of humour to argue that the performers and their audiences began the process of "working through" the traumatic events of the ghetto even while they were still taking place.  Previously known songs and fragments of scenes revealed the prominent role that humour played in Terezín performances.  Now full-length texts provide new insight into the ways in which these cabaret narratives, full of comic references to events in the ghetto, to the prisoners' oppressors, and above all, to themselves, created the effects the survivors describe.  By providing an alternative to what psychiatrist Judith Herman claims is the fundamental insult of trauma—helplessness—the humour of cabaret performances made it possible for the prisoners to re-establish a sense of control over fundamental aspects of their lives.  They reclaimed their right to define, in defiance of Nazi racial laws, their own identity by enacting their own chosen national, linguistic, cultural and political affiliations on the stages of the ghetto; with jokes about themselves and others the prisoners defined themselves and the boundaries of their community. They also reclaimed their right to interpret their own experiences; for example, by comically trivializing even the most shocking events, they resisted potentially debilitating fear and were able to carry on with the fight for life in the ghetto. 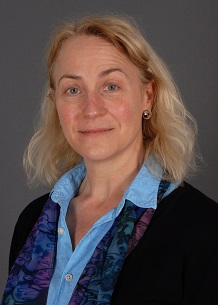