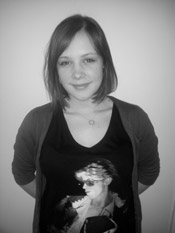 The Christmas pantomime season has brought employment success for a recent University of York graduate with the award of a permanent theatre job.

Elizabeth Sturt, 21, was offered a Production Assistant role with First Family Entertainment (FFE) – part of the world’s number one live-theatre group, the Ambassador Theatre Group (ATG) - after completing a six-month internship during the busy pantomime season.

Originally from Hackney, East London, Elizabeth graduated in July 2013 with a BA in Writing, Directing and Performance from York’s Department of Theatre, Film and Television. After being selected for the University of York/FFE internship, she has spent the winter supporting 10 pantomimes nationwide.

Elizabeth, who will be based at FFE’s offices at the Fortune Theatre in Covent Garden, said: “I am very excited about the new job and feel very lucky to be in an office which gives me such a broad experience and the opportunity to explore what I want to do within the industry.”

Her main role will be to support the Production Manager and Chief Executive in the organisation and co-ordination of productions. This will range from organising auditions, to helping with regional press launches for productions, to distributing scripts, schedules and technical specifications.

At the Ambassador Theatre Group interns and apprentices are seen as vital to the workforce culture, and the York internship is one of a number offered to help young employees gain a step onto the career ladder.  ATG has also recently launched a new Graduate Scheme to develop the future leaders of commercial theatre.

The special internship with York began in 2012 and was forged thanks to Greg Dyke’s affiliation with both the University of York and ATG – he is Chancellor of the University and Chair of ATG. The ‘Greg Dyke internship’ is offered exclusively to graduates on York’s prestigious BA in Theatre: Writing, Directing and Performance degree.

Zoë Briggs, ATG’s Learning Partnerships Manager, said: “The special internship scheme with York’s Department of Theatre, Film and Television is one of a number of internships and programmes we offer for arts professionals starting out on their career. They provide young employees with first-hand experience of the industry and the chance to build a network.

“At the Ambassador Theatre Group, we want to strengthen our workforce from the bottom up, and are seeking the country’s top graduates to work for us at the start of their career. In 2012, 89 per cent of our office interns went on to work for us full time.”

As an intern, Elizabeth says she has learnt a lot about business and the way people interact, as well as technical aspects of the theatre and the demands of staging 10 productions over a winter season.

Elizabeth said: “An internship is a great way to network and build up a reputation. Most importantly, I have learnt to be open to all experiences, including ones that you do not think will profit you in the future. In fact, you will learn from everything you try hard at.”

Dr Tom Cantrell from the Department of Theatre, Film and Television was Elizabeth’s supervisor at York. He said: “We're delighted that Elizabeth has secured a permanent role after working with ATG through our internship programme. The skills she learnt in the Department will equip her and her fellow graduates to be the creative and influential theatre-makers of the future.”