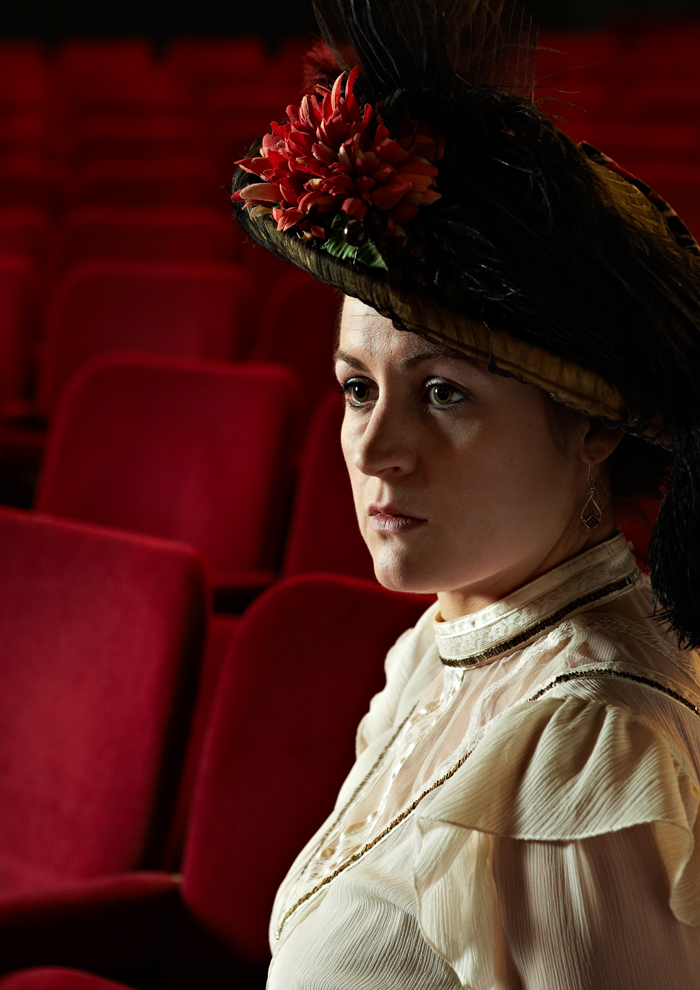 Written and performed by Hannah Davies

a compelling exploration of both female oppression and what art can and should be.’

‘A commanding script… ‘Githa’ will leave you feeling

Davies does justice to a truly remarkable story.’

This is a lyrical and intimate piece about an exceptional woman from a critical period in women’s history. London, 1912. K.G Sowerby’s play, Rutherford & Son, is an overnight hit. Katherine Githa Sowerby is hailed as one of the most powerful dramatists of her time, but her work has since been overlooked. Githa explores the woman behind the plays and tells her forgotten story. This is an arresting and exquisite one-woman show about one woman's remarkable impact on a man's world.

The same week, Githa Sowerby's play, Rutherford and Son will run in the main house. This critically acclaimed production of a play ranked by The National Theatre as one of The Top One Hundred Plays of the Century, has been produced by Northern Broadsides.('Rutherford & Son is again a must-see, worth-debating event.'★★★★ Daily Telegraph 'A superb production' ★★★★ whatsonstage).

This is a fantastic opportunity to see two critically acclaimed productions before they both transfer to the St James Theatre in the West End.

Tickets are available to book online here for the York run:

And here for the London run:

Githa received support for it's Edinburgh run from the University of York Performance Award 2012.