On Saturday 26 September three of our latest third year films were selected and entered to compete for the Bill Vinten GTC Awards 2020. Works from Bence Kadar (Monkey's Blood) and Jacob Crow (I Stand For Us) did were successful and were put forward to the semi finals alongside 6 other films from other institutions. Bence Kadar (Monkey's Blood) was selected as one of the two runners up, this is fantastic news and richly deserved by Bence and his team. The judges mentioned how much it stood out from the competition with the direction, humour and creativity, and was worthy of its success. 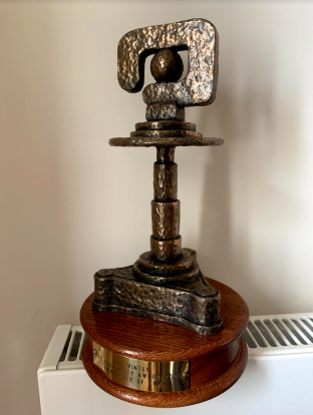 As part of the submission for this award, films from each institution have their scores combined to fight it out for University of the Year, which - I'm now very pleased to also announce - was awarded to the University of York! The GTC wrote a lovely letter to accompany the trophy congratulating TFTI and saying: -

'The score attained by [TFTI's] portfolio was ahead by a clear margin and is an indication of the quality of teaching by the whole team at York. We're pleased to be able to recognise that - again.'

This is the second University of the Year Award in only seven years of running that TFTI has won (last won in 2013), so for that record we are extreamly proud. Congratulations to you all!