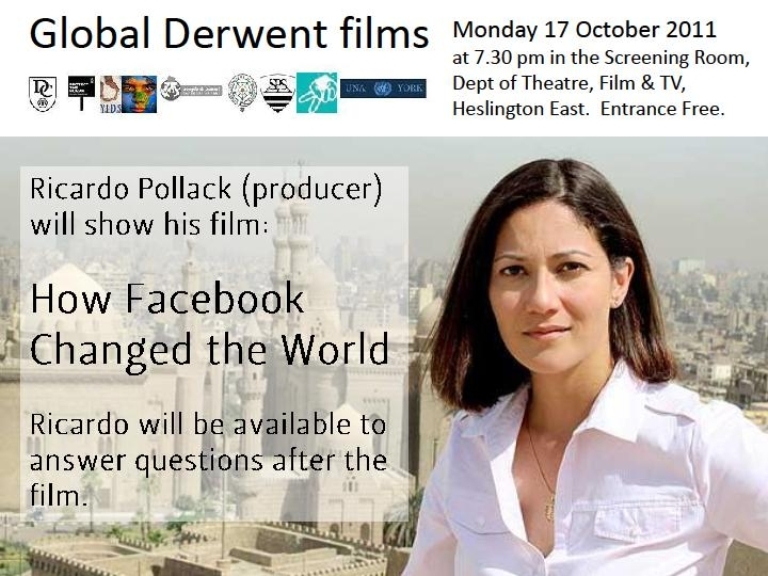 Free screening of the BBC documentary "How Facebook Changed the World" followed by a Q&A session with producer Ricardo  Pollack.

This BBC documentary tells the story of the uprisings in Egypt and Tunisia earlier this year, using eye-witness accounts. Mishal Husain, the BBC news reporter, presents the film. Key activists are interviewed about their experiences in the uprisings and the political events of the Arab Spring are traced out.

For more details on the film see the BBC webpage or read The Independent's review of the programme.