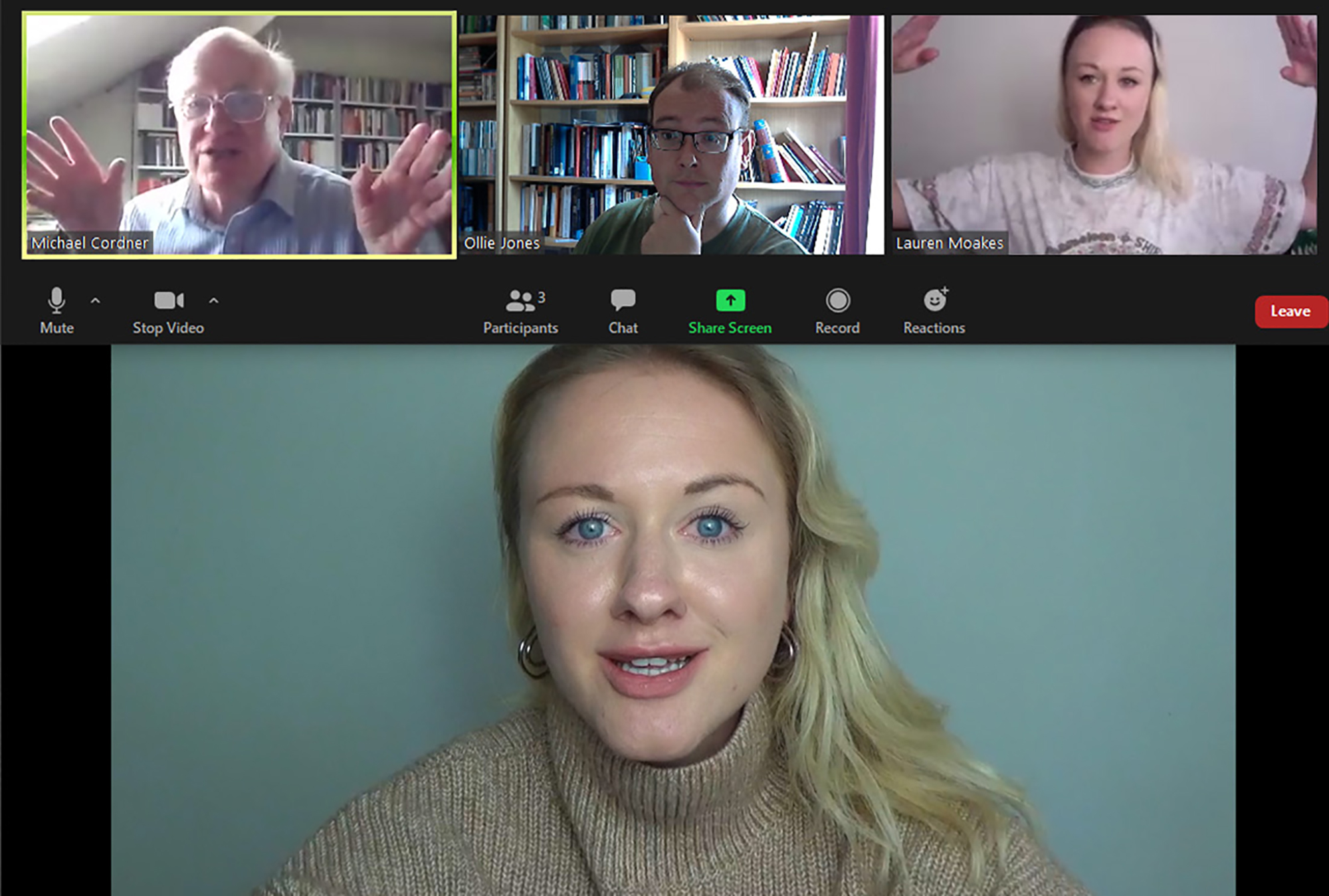 Find out about the Shakespeare’s Rivals project which aims to map the radically differing demands imposed on actors by the great playwrights who were Shakespeare’s competitors.

Led by Michael Cordner and Oliver Jones of the University of York, the project has moved online during the pandemic. It has mounted practical explorations of the rich array of styles, and performative challenges, presented by the soliloquies of dramatists from Christopher Marlowe to Thomas Middleton, from Ben Jonson to John Ford. In the process, Michael and Oliver have been developing innovative methods for rehearsing actors in this repertoire, which are rooted in the ways in which early modern schoolchildren were taught the arts of language.

Join them as they share some of their discoveries and illustrate their work with filmed performances, which contrast soliloquies from some of the greatest plays ever written for the English stage – from Middleton’s Women Beware Women to Jonson’s The Devil is an Ass. Their talk will conclude with a Q and A session.

This event is hosted live on Zoom Webinar. You’ll receive a link to join a couple of days before the event takes place and a reminder an hour before. During the event, you can ask questions via a Q&A function but audience cameras and microphones will remain muted throughout.

Professor Michael Cordner is Ken Dixon Professor of Drama in the Department of Theatre, Film, Television and Interactive Media. He is the founding General Editor of Oxford University Press’s Oxford English Drama series, has himself published 17 editions of 17th- and 18th-century comedies, and frequently directs plays from the early modern repertoire on the Department’s main stages. Films of five of these productions can be viewed at earlymoderntheatre.co.uk.

Michael also frequently advises professional companies who are staging plays from this repertoire. Most recently, he worked on the Royal Shakespeare Company’s highly successful 2019 production of Vanbrugh’s The Provoked Wife, a play he also directed in York in 2014 and has edited for Penguin Books.

Dr Oliver Jones is a Lecturer in Theatre with the University of York’s Department of Theatre, Film, Television and Interactive Media. He is a theatre historian and director working primarily on early modern touring theatre, theatre architecture, and performance. As part of the Shakespeare's Rivals project he is currently investigating the links between classical rhetoric, the humanist education system, and modern performance.