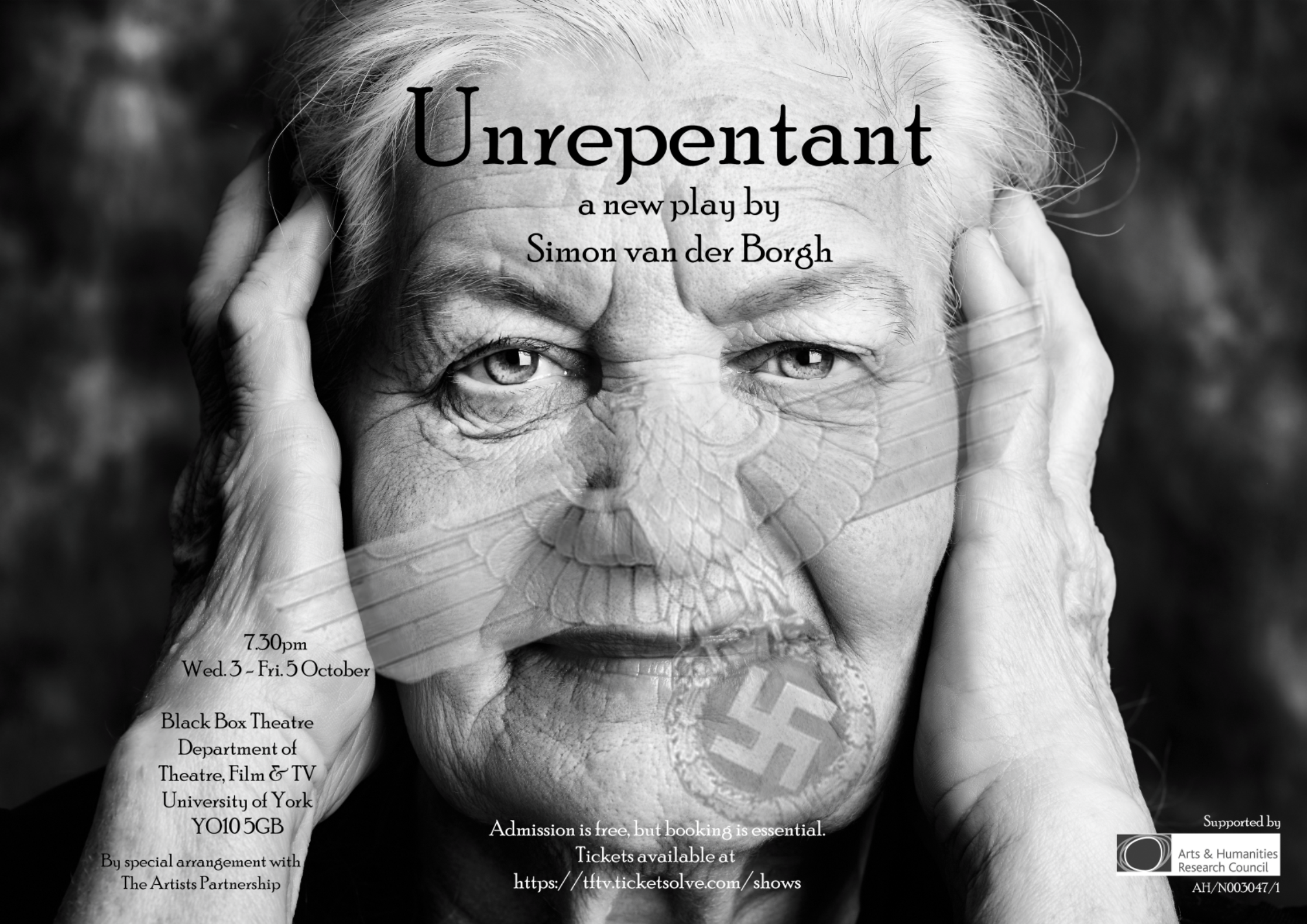 Based on a real encounter with the lonely widow of an Austrian Nazi, Simon van der Borgh's new play explores guilt and denial, belonging and exclusion, pride and shame. Moving between different times and mixing lightness and humour with some of the darkest days of humanity, Unrepentant presents a fresh take on the problems of yesterday... and today.

Simon van der Borgh is Senior Lecturer in Screenwriting at the University of York’s Department of Theatre, Film and Television. He has written feature film commissions for producers such as Warp Films, Film and General, Met Films and Jimmy de Brabant. His draft of 'In Transit' (dir. Tom Roberts, 2008) attracted John Malkovich and Vera Farmiga onto the movie. Films he's worked on include Noel Clarke's 'Kidulthood' (dir. Menhaj Huda), Justin Kerrigan's 'I know you know', and 'Drift' starring Sam Worthington. His spec scripts have sold in London, New York and Los Angeles. After 'Mad Dogs' (2010) and 'I'm him he's nobody' (2012), 'Unrepentant' is his third full-length theatre play.