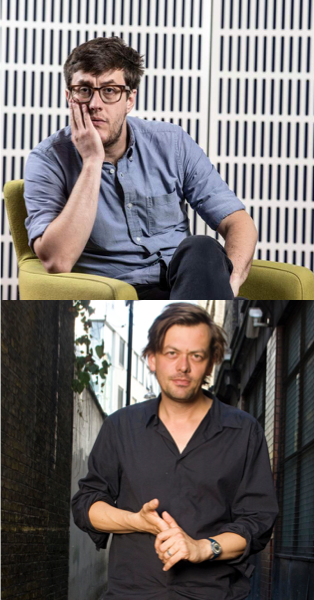 Ahead of their plays opening on Broadway, we are delighted to welcome York alumni Simon Stephens and Nick Payne, two of Britain's most celebrated playwrights, to the Department of Theatre, Film and TV. They will visit on Monday 12 November for a Q&A and Simon Stephens will perform his play, Sea Wall.

Simon Stephens's plays include Harper Regan, which premiered at the National Theatre, Three Kingdoms which was performed in London, Tallinn and Munich, and the Olivier Award winning On the Shore of the Wide World. His global success, The Curious Incident of the Dog in the Nighttime won him an Olivier and Tony Award and has played for extended periods in both the West End and on Broadway, as well as on numerous tours.
Nick Payne's work spans theatre, film and television. His play, Constellations, won an Olivier Award and ran in both the West End and on Broadway. He wrote the screenplay for the film version of A Sense of an Ending starring Jim Broadbent, and his recent Netflix series, Wanderlust, concluded last week.
(Photos: Daniel Hambury, Karen Robinson)
Admission: FREE tickets available online.