Home>Theatre, Film, Television and Interactive Media>Events>2017>Sex and the swinging sixties: A history of British cinema 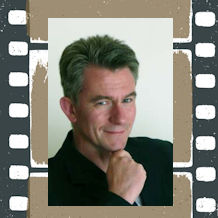 Sex and the swinging sixties: A history of British cinema

Research in Focus - A University of York Open Lectures event

Half a century on, the 1960s still hold a special fascination and continue to provoke argument and controversy. For British cinema the 1960s was undoubtedly a period of profound transformation. Despite facing a continued decline in cinema-going, British films achieved an unprecedented level of international success and visibility, bankrolled by Hollywood and spearheaded by James Bond, the Beatles and the cinema of swinging London. Underpinning all of this was a revolution in cinematic style as film-makers drew upon developments in other creative spheres including theatre, television, fashion, pop music and advertising.

In this talk, derived from a three-year research project, Duncan will explore the phenomenon that was 1960s British cinema. In addition to considering some of the key films and individuals who gave the decade its distinctive style and impact, he will also focus on some of the most interesting and enduring themes: Youth, Freedom and Permissivenes.

The talk will be followed by a free drinks reception (with 1960s-themed cocktails), music from local musician David Ward Maclean and an interactive installation in the 3Sixty space.

Admission: by ticket only. Please book your FREE ticket here.