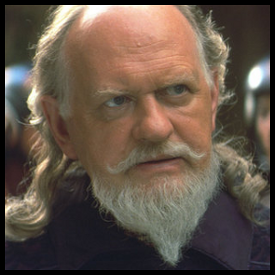 The Olivier Award-winning actor Oliver Ford Davies is a Professional Associate of the Department of Theatre, Film and Television at the University of York and gave the 2011 Cantor Modern Art Lecture at the University on Did Gertrude Know?Some Problems in Performing Shakespeare.

His most recent Shakespeare appearances for the Royal Shakespeare Company have been acclaimed performances as Polonius opposite David Tennant’s Hamlet, and as the Duke of York (again opposite Tennant, as Richard II), Justice Shallow and the Henry V Chorus in Gregory Doran’s recent production of the second history play tetralogy.

His many film and television appearances include a regular role in three Star Wars films and a leading role in the popular television series Kavanagh QC.

In this masterclass Oliver will explore the challenges of performing Shakespearean verse on stage today, including practical exploration of a sonnet and speeches from Henry IV Part I and Henry V.

The masterclass is expected to last about 90 minutes.