Home>Theatre, Film, Television and Interactive Media>Events>2016>George Dandin and The Suitors 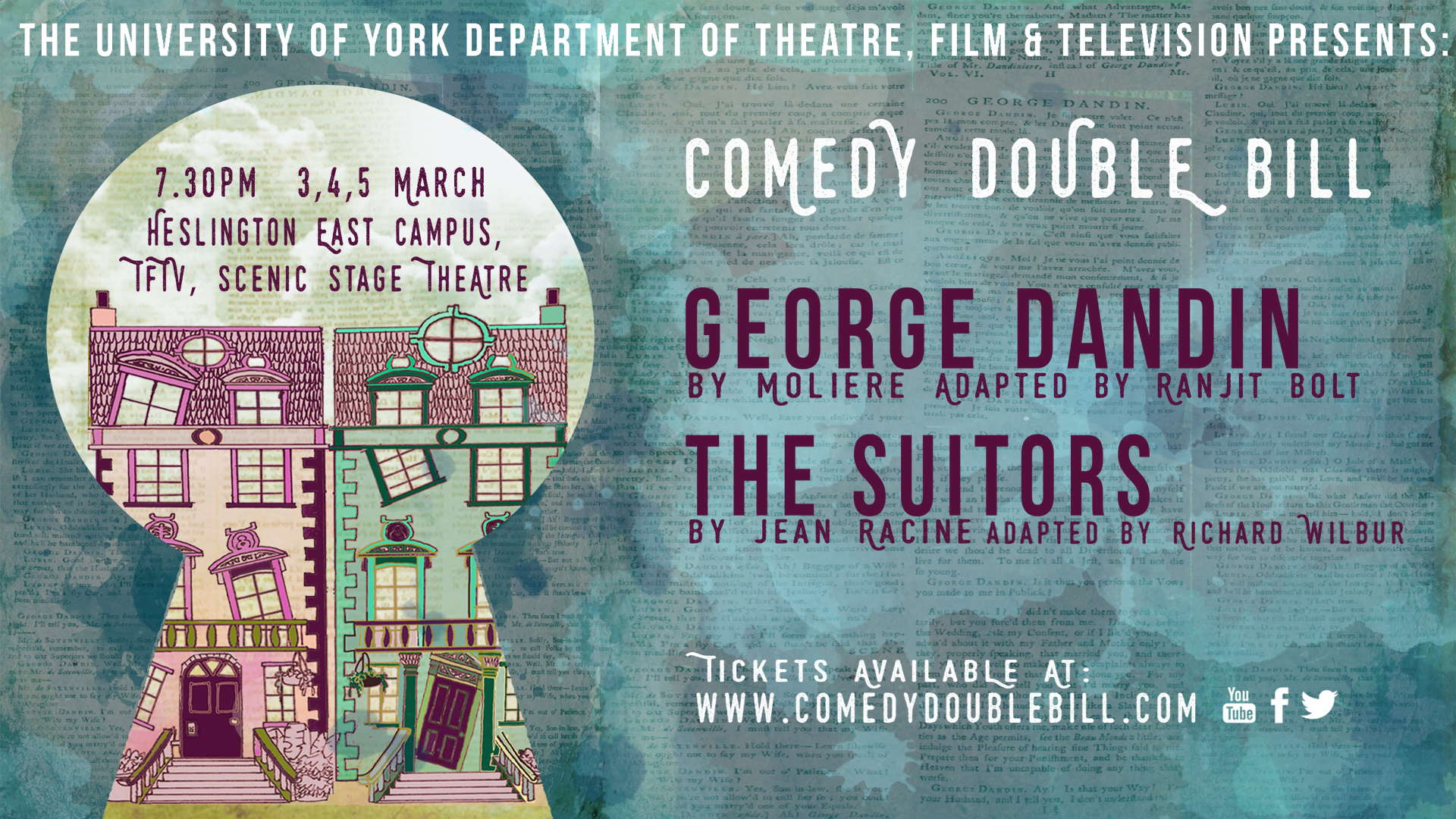 George Dandin by Molière and The Suitors by Jean Racine

The University of York Department of Theatre, Film & Television Presents Comedy Double Bill: George Dandin by Molière and The Suitors by Jean Racine translated by Ranjit Bolt and Richard Wilbur. Performed on Thursday 3rd, Friday 4th and Saturday 5th March at 19:30 at The Scenic Stage, Department of Theatre, Film and Television, University of York.

Two of the most hilarious French comedies in a unique double bill.

George Dandin and The Suitors are masterpieces by the greatest playwrights of the French 17th century, Moliere and Jean Racine.Both premiered within the same month in 1668, the two plays centre on their lead characters’ obsessive pursuit of their goals. They form a comical match made in heaven.

George Dandin is a self-made man who marries into the aristocracy and pays the price. He desperately battles to prevent himself being cuckolded. Can he succeed?

The Suitors centres on a judge who cannot stop judging, in everyday life as well as his court. His delusions cause hilarious and outrageous complications for all those around him.

Tickets are £6 Concession and £8 Adult. Tickets can be purchased from the On-line Store.  Tickets will be available to purchase on the door.