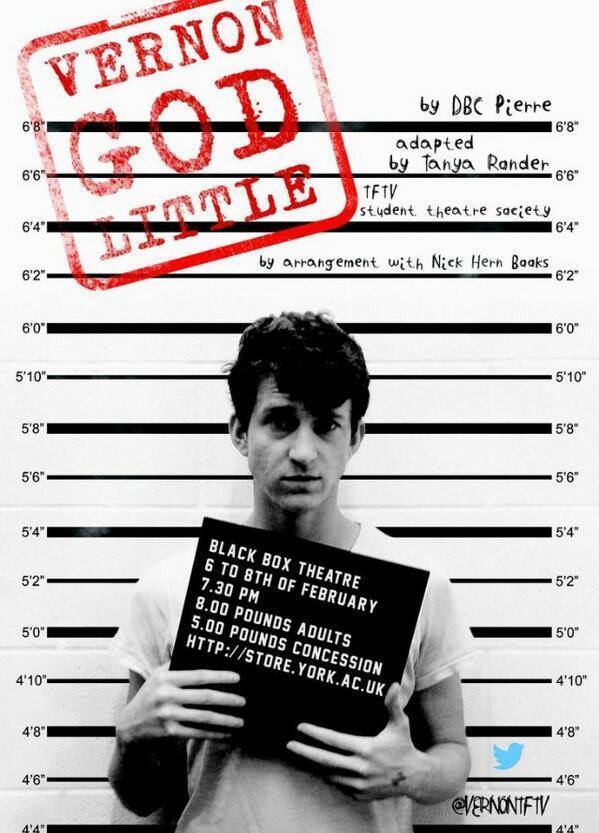 On 6, 7 and 8 February 2014 at 7.30 p.m., Tanya Ronder's highly acclaimed adaptation of the Booker-Prize winning novel by DBC Pierre, Vernon God Little, will be staged by a student team, directed by Connor Abbott.

Originally premiered at the Young Vic to universal applause, the play narrates the aftermath of a high-school massacre, as a result of which suspicion falls on an innocent student, whose life is transformed as a result.  Embroiled in a malicious media campaign, Vernon flees.   The play chronicles, with unique energy and comic invention, his picaresque adventures on the run.

The first production was praised in reviews as "exuberant, inventive, edgy, excitable, original", and a "dark, enthralling satire". We can promise you an exciting evening.

Booking can be online or on the door.

There are two pay and display car parks on Heslington East Campus; Field Lane and Kimberlow Lane.  Access to the campus is also available via bus numbers 4,6 and 44.