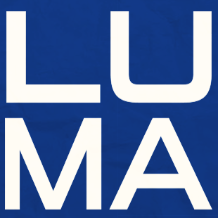 The University of York’s Department of Theatre, Film and Television is preparing to throw open its doors to the public on the weekend of the 22-23rd of June, and welcome the world to this year’s LUMA Film Festival.

Through two days of free events using the department’s state-of-the-art facilities - including presentations and masterclasses from luminary industry professionals, practical training workshops, and screenings of student film - LUMA aims to celebrate and champion the work of the department’s students, and to open up the fascinating world of filmmaking to the public.

As part of the University’s Festival of Ideas, LUMA is also designed to enhance the reputation of the new film school, and to provide a platform for its students to reach out to a wider audience. By bringing a group of passionate young filmmakers together with some of the leading lights of the UK’s creative industries, the wider University, and the public, it is hoped new connections will be established and fresh ideas inspired.

In addition to a brand new Creative Skillset accreditation, and the University’s 50th anniversary, 2013 also sees the department celebrate the inaugural graduating class from its production degree. Despite only having been established three years ago, the film school has already firmly planted itself on the map of the UK’s creative industry. Films showcased at LUMA 2012 have gone on to win three Royal Television Society Yorkshire Student Awards, as well as recognition at a national and international level.

Work submitted for LUMA 2013 has raised the bar even higher, and the festival offers the first opportunity for the public to see what promises to be some exceptionally ambitious, creative and innovative filmmaking. More than this: it offers a tantalising glimpse into the future of British film.

Space for some events is strictly limited; be sure to book early to avoid disappointment. Further details of the event, as well as information on how to get your tickets, can be found at lumafilmfestival.com

Speakers lined up for the event include Peter Lord CBE, co-founder of Aardman Animations, and Greg Dyke, Chairman of the British Film Institute.