People in the SUPA Group

Members of the SUPA Group are invited to post a little about themselves to give an insight into who forms our advisory group and who students may engage with as part of their course. 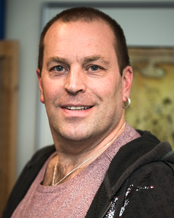 Here at the University of York, service users and carers complement the teaching provided in both classrooms and on placement. They bring the insight of their experiences and the reality of social work practice within safe and direct reach of our students. The group is embedded within both undergraduate and postgraduate courses: student feedback consistently upholds the value of the SUPA group and I am very pleased to be able to support its continued growth and increased range of involvement.

I am a registered social worker with broad experience of working with a range of service users within the field of social care. Since the 1990s I have worked in the fields of mental health, homelessness, children and families, substance misuse, older adults, young carers and teenage parents. I became a qualified social worker in 2002 with a DipSW and graduated from (what was then) the University of Lincolnshire and Humberside. I am also a qualified counsellor and practice educator and have achieved management qualifications since becoming a qualified social worker. I have worked in both the voluntary and statutory sectors and throughout my career have maintained a keen interest in professional training and development, as well as improving service user involvement in service provision. 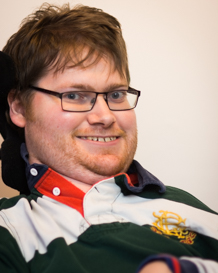 Chris Edmondson tragically died in 2019 after being involved in a car accident.

Chris was a founder member and long-time Chair of the SUPA Group and was heavily involved in both the teaching and recruitment of student social workers. He was born with a neuromuscular condition which affected his mobility and health and caused social segregation. He used social services throughout his life which allowed him to study accountancy at Northumbria University and then move back to York to live independently, supported by a team of PAs paid for through direct payments.

Chris was an inspiration to both staff and generations of students as someone who, despite life-limiting conditions and serious physical impairments, lived a full and active life. In his classes he promoted the voice of service users and, in particular, challenged students to support the rights of disabled people to live as equal members of the community.

What we will most remember about Chris is his keen intelligence and strength of character: a man who - despite having what for many would be insurmountable barriers to independence - studied to degree level, lived independently and worked full-time in a job where he worked ceaselessly to promote the rights and opportunities of disabled people in York. 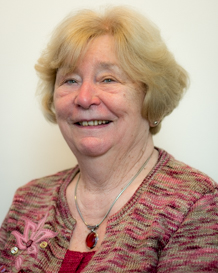 I became a carer at the age of 9 having to look after my 2 siblings and a three-week-old baby due to my mother’s illness, (no National Health in those days and if my father didn't work he had no money to look after his family). I had a full time job until I was 65 during which time I was a full-time carer for my husband for the last 12 years of his life whilst suffering with emphysema. Over the years I have also cared for both my parents and mother in law, because of this I have always cared passionately for the 'Carer' and very concerned about the fate of former carers who on the whole are forgotten.

When I reached the age of 50 I became involved with the MS Society taking on the roles of Chairman, Secretary, Fund Raiser and part of the Support Team, I also help to run our MS Café every week.

Part of my work involves helping professionals to understand the needs of people with disabilities and their carers, and as a former carer I hope I can contribute something to help improve their lives.

I was born in Newcastle-upon-Tyne and grew up in Wetherby, Lincolnshire and Harrogate. I played for Bradford Bantams FC and trailed for Sheffield Wednesday, Huddersfield Town, Leeds United and Nottingham Forest.

Under the guidance of England and Yorkshire cricketer, Peter Kippax, I also played for the Yorkshire Colts under-16s cricket team until the age of 18.

I attended Royal Navy flight training at RAF Biggin Hill, but declined the offer to become a Flight Lieutenant at the age of 21.

My working life started with 2 jobs: the Leeds Road Post Office behind the counter part time and a full-time job at Hill Cannon Partnership Consulting Engineers. I trained to be a young Civil Engineer Technician passing my ONC (1988) and HNC in Civil Engineering (1990) and set up my own business (Thompson Design Ltd) in 1990 completing the design of various building structures throughout the UK & the World.

I have had bipolar disorder since 1990 and in that time have had 14 manic episodes and two episodes of depression to date. I closed my business down in 2018, but still work for the University of York, TEWV Mental NHS Trust and two charities, and I am the Harrogate & District Junior Girls Football League Secretary. I have been an active member of the SUPA Group since May 2011.

I have a good understanding and cope with my Bipolar Disorder daily and have an extremely supportive family and friends.

After University I completed two years of National Service in the Army and then joined the oil industry, since then worked almost entirely in Logistics and General Management roles.

I was a full-time carer for 13 years until 2013 when my wife who had Alzheimers died. I joined the SUPA Group about that time. From the early 90s I was a Governor and Chair of a large York Comprehensive (Joseph Rowntree School).

I have a wide experience of Social and Mental issues working for Mencap, Alzheimers Society and Carecent (homeless charity) as well as being involved with family issues: adoption, puerpural psychosis, depression, and homelessness. I am a Trustee of two grant-awarding Charities.

The work of the SUPA Group is very rewarding supporting Social Work students and academics. It is also rewarding working with such a close-knit group of people using their own experience and serious problems to benefit future Social Workers.