A national study has identified five factors that bereaved people report as being important to them when planning a funeral. 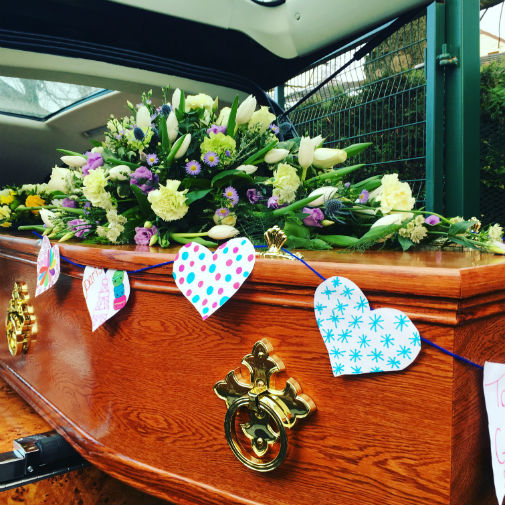 A national study has identified five factors that bereaved people report as being important to them when planning a funeral.  Knowing and fulfilling the funeral wishes of the person who died was a source of great comfort and trying to second guess the funeral plans of loved ones was a cause of uncertainty and conflict, the study revealed.

The research, a collaboration between Dr Julie Rugg from the University of York’s Cemetery Research Group and Dr Sarah Jones from Full Circle Funerals, explored in detail the funeral experience of 50 individuals who had arranged, attended and participated in funerals. The report highlights the diverse needs of bereaved people.

Dr Rugg said: 'Last wishes don’t mean leaving a complete planned event: even just one single preference as to song, tone, reading, or ritual action is enough, or clearly saying what isn’t wanted. Friends and family were deeply comforted by meeting a last wish and could be distressed when this was not possible.'

The qualitative survey was one of the largest ever undertaken looking at the funeral experience. The five main factors that people reported as being important to them were:  whether the person’s wishes were known; if the decision-making process for funeral arrangements was inclusive; whether the funeral director was sufficiently responsive; having the right level of contact with the body of the person who had died and whether the funeral service met expectations.

The report also shows that family dynamics have a key part to play in how satisfied people are with the funeral arrangements.  Where individuals felt excluded from arrangements, they were highly dissatisfied, and the bitterness could be felt for years.

Also, participants expressed very different needs regarding spending time with the body of the person who has died and has very diverse ideas about how they wanted to be supported by funeral directors. The report reveals that when things go wrong it can carry a “long term detriment” to how the funeral is remembered by the family.

Dr Jones said: 'We realised that very few studies actually asked bereaved people what they felt was important when arranging or attending a funeral.  At a time when many people are scrutinising the funeral industry, these ‘experts by experience’ can, and should, provide a valuable insight about how funeral care services should be delivered.'

Some other study findings include:

The findings also challenge the conventional wisdom about how funerals are usually framed, as a funeral service on one day and at one point in time.

Dr Rugg added: 'Funerals are rarely just ‘about’ the funeral service. Ritual funerary activity starts from the point of death and extends right through to final actions around committal which may take place – if there has been a cremation – months or even years after the funeral service. There are, consequently, multiple places in these processes where it is possible to get things wrong or get things right.'

The report entitled 'Funeral experts by experience: people talking about what mattered to them' will be launched on 24 September at the Annual Institute of Cemetery and Crematorium Management Conference.