A new study in conjunction with charity WaveLength, shows that media technology can help to alleviate loneliness. 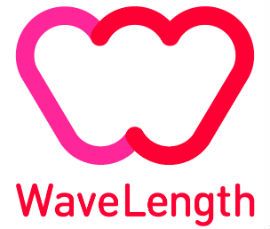 Researchers analysed whether technology provides positive benefits for users by interviewing individual beneficiaries of radios, TVs and tablet computers – distributed by WaveLength to disabled, homeless and vulnerable people with the aim of reducing loneliness and social isolation.

Established in 1939 as the Wireless for the Bedridden Society, WaveLength gives technological devices to organisations across the UK, including refuges for domestic violence victims, homelessness hostels, and independent medical units, to provide people with a connection to the outside world.

However, public perception towards technology has shifted in recent years, with views that social media makes people less engaged with those around them and therefore more socially isolated and unhappy.

Concerned whether media technology can provide benefits to help combat loneliness, WaveLength commissioned academics from the University’s Department of Social Policy and Social Work to explore the impacts it has on beneficiaries.

Professor Martin Webber, Director at York’s International Centre for Mental Health Social Research, said: "This study found that recipients of media technology subjectively reported that it helped to alleviate loneliness and social isolation, in addition to a wide range of other positive impacts on their lives.”

“This small study suggests that the provision of radios and televisions to people marginalised by society may help to tackle loneliness and social isolation, which are significant social problems in the UK. We are pleased to continue our work with WaveLength and support them to evaluate the impact of their work through a co-produced project funded by the University of York ESRC Impact Acceleration Account."

Tim Leech, CEO of WaveLength, said: “Media technology does not just provide entertainment: it can improve wellbeing for lonely people and give them a way back into the world. WaveLength is hoping to conduct more research to expand this study, reaching more participants and exploring further benefits offered by the media.”