Dr Brown is Chair of Trustees for Basis Yorkshire, an organisation that works on safety, information and support for sex workers and sexually exploited young people 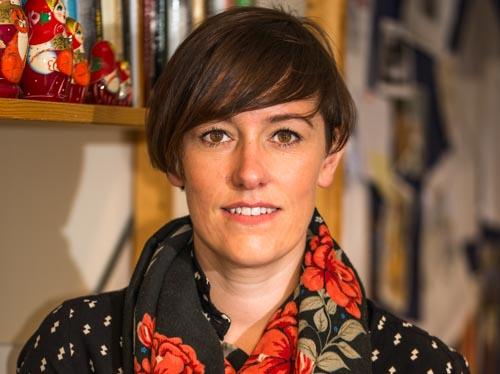 Kate has been nominated in the category of Community Award – based on her 10 years work with Basis as a trustee, outreach volunteer, fundraiser and researcher.

As Chair of Trustees, Kate supports Basis through leading a Board who provide overall accountability and strategic leadership for the charity. In research work, Kate undertook a scoping study which supported development of a new partnership approach on street sex work in Leeds, which in turn has contributed to a national debate on this issue. You can view the BBC News article and video here The city that allows women to sell sex. She is now working on a project with young people at Basis to co-produce a resource focussed on young people’s stories of moving on from sexual exploitation – due out later this year. Kate writes (quoted below):

Working with Basis in various capacities over the years has made my research and teaching more connected with developments outside University life. The organisation continues to be a vibrant hub of dedicated staff, volunteers and trustees who make a real difference advocating for stronger rights and protections for women and girls in Yorkshire - it’s a privilege to contribute to this work.

In addition to Kate's work with Basis Yorkshire she has also helped to raise over £4000 for the organisation through taking part in the Great North Swim (supported by SPSW's Caz Snell too!). She also volunteers delivering regular outreach sessions to women working in street sex work. Basis note that Kate’s long term contribution has been a major part of the organisation's ability to sustain its high level of achievements, reputation and support in the community. Basis Yorkshire's coverage of Kate's nomination.

Rosie Campbell OBE, a national expert and lead campaigner for sex worker rights who worked closely with Kate in her time as CEO of Basis Yorkshire was one of the supporters in her nomination. She stated “Kate is an inspirational role model for other women showing how women can take a leading role in the community and charitable sector at a governance level and make a real difference in some of the most challenging, under-resourced and politically sensitive sectors of community work.”