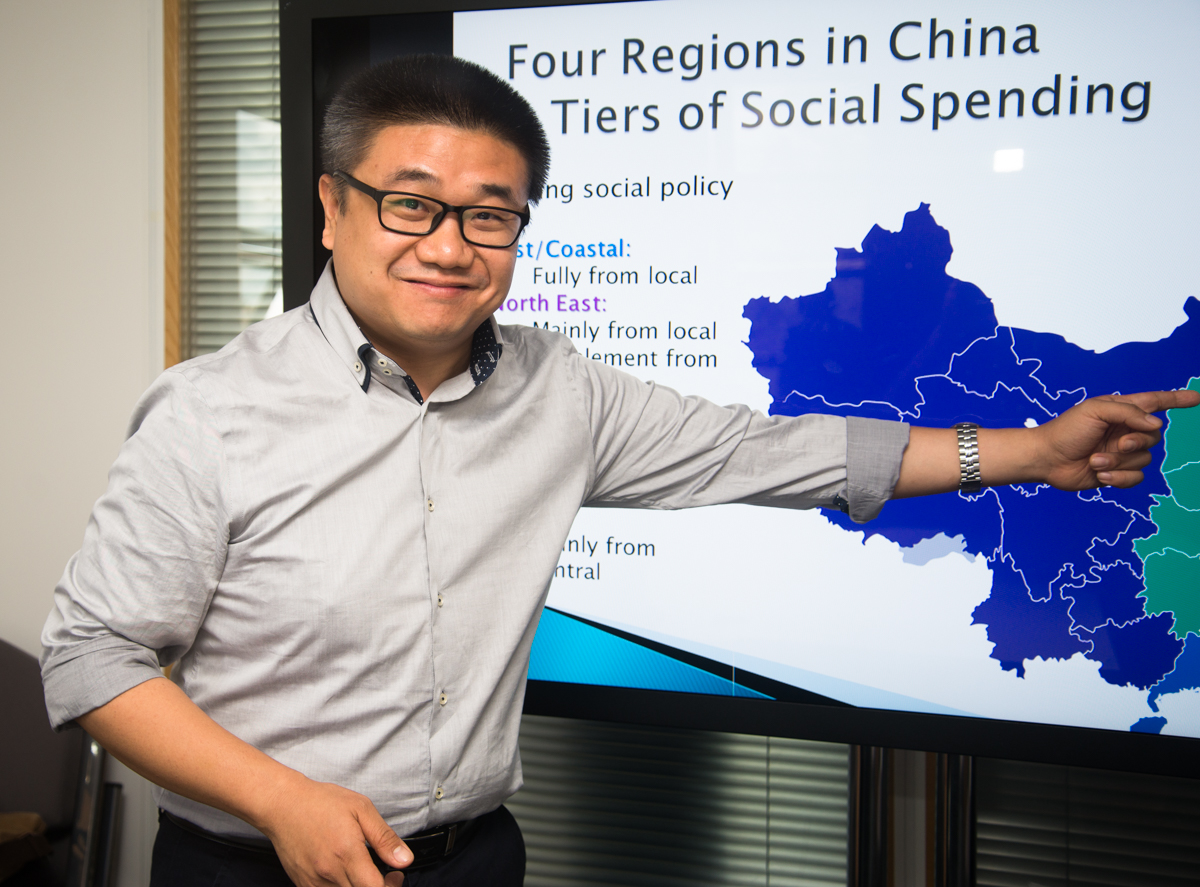 Jack launced the six week visit with the delivery of his seminar: Social care in South China: Emergence, development and challenges. Presented in two parts, the talk provided an overview of developments in social care in China.

The first part examined 'Social work development in the Pearl River Delta'. Social Work as a discipline in China was reintroduced in 1980s and 1990s but there were few social work positions for graduates to apply for until the late 2000s. However, given a context of rising expenditure on purchasing social services, rapid development of social work has been witnessed in the past few years in terms of the number of social work agencies and social workers.

The latest national blueprint for civil affairs has set up a long term goal of having at least one social worker for each administrative local community in a country of 1.3 billion. Such a rise has led to a great leap forward of social work education and will have a long lasting impact for the future of social care in China.

This talk, by reviewing a general background of social work development in China and examining the enrolment figures of social work departments in a background of austerity, attempted to forecast the worrying near future of the sector and dig for its policy implications. The second part examined 'Elderly care in ageing China: finance and affordability'. China is stepping into an ageing society. In order to cope, Beijing is desperately loosening it birth control policy and delaying retirement age. As in Germany and Japan, China has established a social insurance system for retirement and health care, however, no financial arrangement for long term care has been set-up so far. 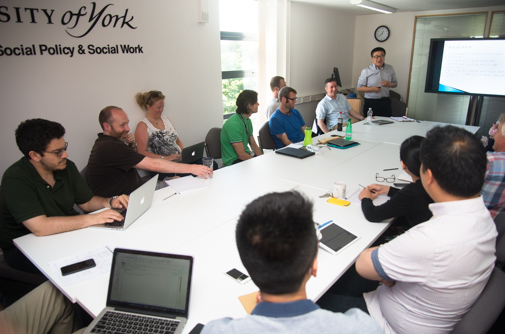 This part of the talk, by reviewing the existing policy framework for elderly in China and developing an analytical framework based on international experience, critically examined the effectiveness of recent pilot schemes at local levels on financing long term care in China with a hope to clear a path for further research.‌

Dr Jack Chan obtained his PhD from the department in 2009, is now working as associate professor for the school of government, Sun Yat-sen University, China and recently elected as the secretary for the East Asian Social Policy network. Jack's doctoral thesis focused on higher education policy, with special reference to student poverty and graduate unemployment. In recent years, Jack has widened his scope to cover social care, particularly elderly care reforms and the emergence and rapid development of social work in south China. Jack is very keen on bringing research findings into the real world and having an impact on policy making. He is now acting as chair for a number of budget panels and funding bodies that allocate resources for social services in Foshan, which is his hometown city with a population of six million.

Jack is also a columnist for the 21st Century Business Herald and the South China Metropolis, the best selling newspaper in south China. He writes commentaries on social policy with an aim to promote better understanding of policy impacts and social rights. He is also a famous commentator on British politics in south China.

After teaching social policy for years, Jack decided to get involved a bit by initiating two NGOs in Guangdong Province in the past three years, one for cultural preservation of local history and languages, and, another to assist job-seeking social work students. He is more than happy to share his thoughts on the third sector with colleagues in the department, and have your comments and suggestions.