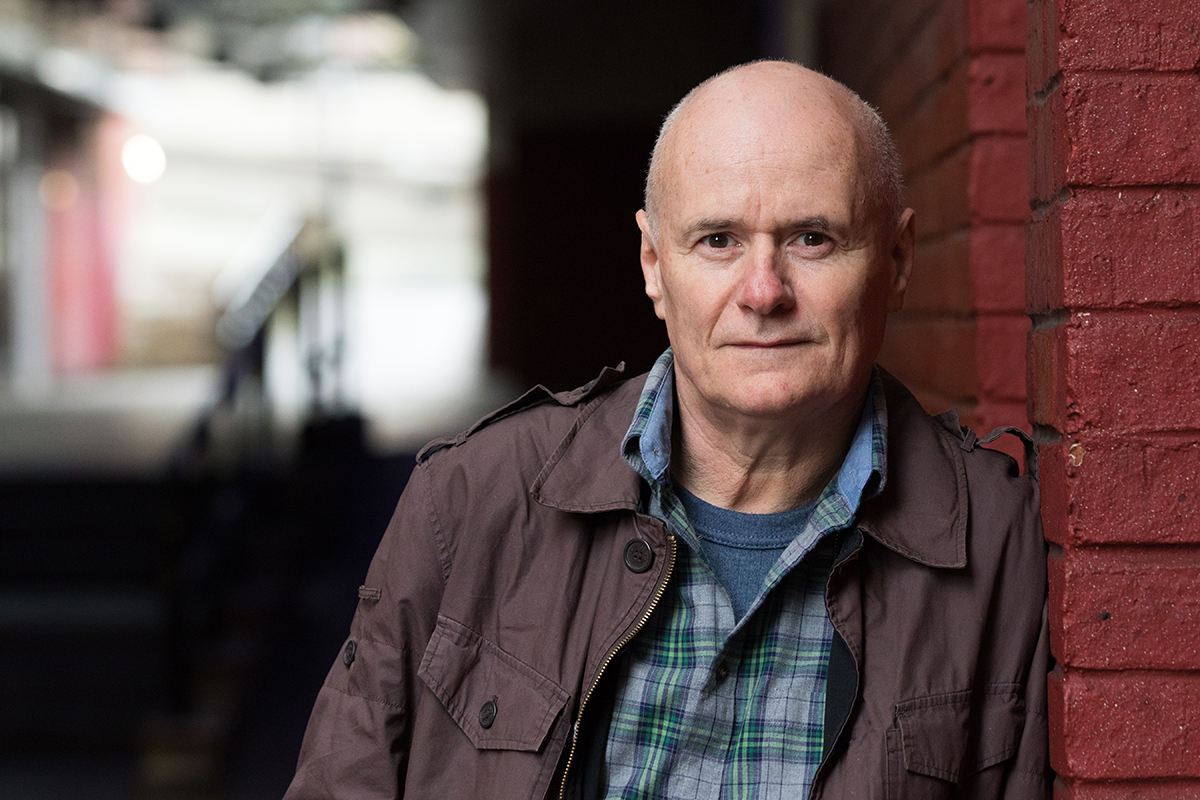 It’s not bad for a low budget film that’s a fairly straightforward tale of hard up folk struggling to get by. But for Johns that’s the whole point: the characters are very ordinary people. ‘It could be your daughter, your sister, your grandkids,’ he says. For him that’s where the power of the film lies and why it has struck such a chord with audiences in the UK and internationally.

The film tracks Daniel Blake’s attempt to claim Employment and Support Allowance after a heart attack – but he has to wait until a ‘decision maker’ decides. He is advised to claim Jobseeker’s Allowance in the meantime but can’t take up any jobs because his doctor says he’s not well enough. At the same time, lone parent Katie (played by Hayley Squires) feels marooned in Newcastle after moving there from a homeless hostel – her London local authority cannot find her and her two kids permanent accommodation. Some of the scenes in the film are reminiscent of what participants in our own research told us. Some lone parents, for example, described going without food themselves in order to feed their children.

Johns’s education in the ways of ESA began when Loach gave him a 52 page application form and told him to fill it in. He couldn’t. That was an awakening for a man who last claimed unemployment benefits in the 1970s.

‘Can you imagine if you’re disabled and they present you with this form and you have to fill it in right.  Getting that wrong would mean any money you had to live on would be stopped,’ he says. ‘That was my first inkling. I didn’t know that sanctions were like that.  Daniel believes there’s a system to help him.’

Across the years, Johns found, there have been big changes in that system. ‘They make it so difficult and so hard now that basically I think it’s to make people give up. I think they set it up so that people will say, “I’m not going to pay into a system so that these lazy people can lie about and be shirkers.” It’s got into the psyche of people.’

In the film we see Daniel and Katie struggling to deal with a bureaucratic system that wears them down to the point of feeling shame and desperation. The experience of filming that journey has left Johns fired up with outrage. First, he nails the way the system pushes responsibility back on to the individual recipient.

‘It’s like you are guilty until proven otherwise. The idea that if you haven’t paid in life the only person who’s at fault is you. And because it’s your fault, they don’t have to do anything about it. If it’s the system at fault they’d have to change it.’

Despite the many reported cases of similar situations, some have criticised the film, pointing out that it is fiction or saying it is exaggerated. Johns is having none of that. He points out the extensive research by Loach and writer Paul Laverty. People working on the film included ex-Jobcentre staff, and foodbank volunteers told the stories of those scenes, he insists.

He believes that benefit recipients have been unfairly portrayed in the public mind as scroungers. ‘I don’t know any father or mother who would want to take their children to a food bank. To get free food – the indignity of that. And people who are working hand the money to private landlords, and they have nothing left at the end of the week. You can’t tell me that anybody wants to live like that.

‘When we showed this film all over Europe, people in France, Italy and Spain came to us and said this is happening in our countries too, that the most vulnerable people are being targeted for cuts.’

If that sounds angry, it is. Johns has had a wake-up call himself and wants to seize this chance to alert others. He was never political before, he says, but he certainly is now. ‘As you get into it more and more, it does change you. Ken Loach has radicalised us!’

He wants to see the UK return to having a ‘proper’ safety net. ‘We should be proud that we have a benefits system and a national health service because we can all be in that position, it just needs a couple of bad things to happen in your life.’

And of course wildly unexpected good things can happen too. I, Daniel Blake has made the explosive leap from indie film to international event. Johns got out the suit again last weekend for another awards ceremony: this time the UK Independent Film Awards where he won Best Actor. ‘When I made this film last year I never dreamt of where it’s taken us. I’m very proud,’ he says.

‘I think every now and then in your life and your career you want to have some kind of creative moment. I can be proud of this because it is making people aware that the system needs to be revised, and that we need to stop demonising the people who are at the bottom of the ladder.’

More information about Welfare Conditionality can be found here.