Visit Brian Loader's profile on the York Research Database to:

Brian was born in Bulawayo, Zimbawe in 1958. He grew up in the UK in Surrey before studying at Southampton University between 1978 and 1981 where he obtained a BSc (Joint Hons.) in Politics and Sociology. He taught public and social policy at Southampton Institute of Higher Education and gained a Master of Public Policy from the University of Bristol in 1989.

Moving north to work at the University of Teesside he taught first in the School of Social Sciences before establishing and directing the Community Informatics Research and Applications Unit in 1996. During this period he became founding Editor of the international journal of Information, Communication and Society, organised numerous conferences, led several research programmes, undertook keynote presentations and published books, articles and chapters on community informatics and e-democracy.

He joined the Department of Sociology at the University of York as a Senior Lecturer in 2006 to pursue his academic interests in new media technologies, such as the internet, and their socio-political diffusion. 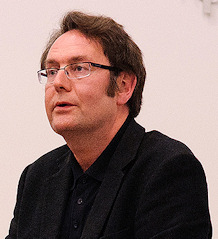