Catastrophising and normalising in patient’s accounts of their seizure experiences

Each month Epilepsy Action Magazine Seizure Reviewers read the summaries of the articles in the latest issue of Seizure. They then decide which one should be readers' choice. In December 2012 it was the turn of Catherine Robson (PhD student in Department of Sociology), Paul Drew, Traci Walker, Markus Reuber, The University of York and the University of Sheffield 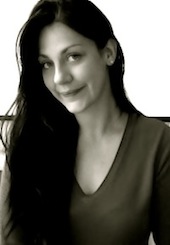 From  Epilepsy Today  (December 2012). A review of the article and an interview with the Catherine is available online at:http://www.epilepsy.org.uk/research/seizure/readers-choice

During my time as a sociology undergraduate I became increasingly interested in social science and medicine. This inspired me to start a MSc Health Science degree in 2004, which is when my interest in epilepsy began. For my dissertation, I studied the social stigma of epilepsy, and how lay populations (the public) understand and perceive the condition. In 2009, I was offered a PhD. studentship, sponsored by Epilepsy Action, to work with a group of interdisciplinary researchers (sociologists, linguists and neurologists) examining how people with seizures talk to doctors about their seizure experiences.

What issues inspired you to carry out this research?

My research is part of a much larger cross-disciplinary project called ‘Listening to people with seizures’. The project aims to improve the clinical diagnosis of seizure disorders by examining differences between how people with epileptic seizures or (psychogenic) non-epileptic seizures (PNES) talk to doctors about their seizure experiences. People attending consultations on their own often describe what other people (third parties) have told them about their seizures. This study explores differences between how patients with epilepsy and PNES reference third parties when describing their seizure experiences.

What methods did you use and why?

This research involved closely examining recorded consultations between 20 people with an uncertain seizure diagnosis (epilepsy or PNES) and a consultant neurologist. During the consultations, the doctor used a communication technique that gave patients more space to describe their seizure experiences. The consultations were coded and analysed to see if there were differences in how often patients with epilepsy and PNES referenced other people (third parties), whether the references were made voluntarily or prompted by the doctor, and if references were used to catastrophise or normalise seizure experiences.

Normalising was coded when patients seemed not to treat the problem as serious, or when they played down, minimised or denied seizure dangers or the emotional and social impact of having seizures. Following an established definition, catastrophising, or ‘thinking the worst’, was coded when patients used third party references to emphasise and magnify bad experiences and cast negative predictions for the future.

What did you find out?

What impact do you think your findings will have on the diagnosis/treatment/care?

The findings from this study add to existing models of interactional and linguistic criteria that may help doctors distinguish between PNES and epilepsy, and reach the correct diagnosis. Improving listening skills and examining how people with epilepsy and PNES describe their experiences also helps doctors recognise and understand the emotional and psychological impact of seizures on patients.

What further research is needed in this area?

Patients attending seizure clinics often bring an accompanying person (a relative, friend, carer or other seizure witness) along to appointments. Epilepsy guidelines (NICE, 2012) and studies focusing on the risk of misdiagnosis underline the importance of obtaining descriptions not only from patients but also from witnesses of attacks. However, despite the important roles companions often play in seizure-clinic encounters, no previous studies have focussed specifically on their contribution to the interaction between patients and health professionals.

What other research are you involved with at the moment?

Our current research explores the effect of companions. Also, whether neurologists are able to pick up differences in how epilepsy and PNES patients describe their experiences when a companion is present. Learning more about the interactional involvement of accompanying persons will allow doctors to better diagnose, treat and understand their patients and provide more targeted support.