The Sociology Department's Nick Gane was a key figure in organizing a well received conference at the beginning of July at the University of York. 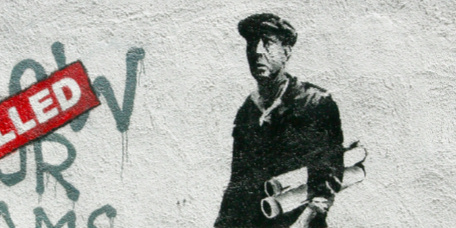 Sam Burgum, a PhD researcher who was involved with event reviews the conference:Perhaps the most striking thing about the conference was its explicit radicalism, going far beyond a mere critique of neoliberalism, and quickly becoming a politically charged debate on the nature of left wing response in a climate of economic, social and cultural crisis, precarity and uncertainty. Needless to say, this was an atmosphere that was cultivated superbly by the organisers – Claire Westall and Nick Gane – who prepared an exciting program and sought to encourage critical discussions right from the off.

Having Jodi Dean as the opening plenary was outstanding. As provocative and radical as it was intelligent, Dean’s paper began with discussing the nature of desire and drive in society and how even our very reflexivity is channelled through a neoliberal ideology. She then moved onto the question of organisation of a collective ‘we’ that can resist and counter the consensus, pointing out how the appeal to complexity from the right (e.g. the economy being too difficult for non-experts to understand and too complex to control or regulate) actually has the effect of displacing their accountability in maintaining an inherently violent system.

This set the tone of a stimulating and provocative two days that appeared to reach beyond the walls of the academy in both its thinking and aspiration. A plethora of intriguing papers followed, including discussions on the history of neoliberalism, literature, technology, economic theory, and the role of transparency, urbanism and disasters. In particular, the conference’s vibrancy was perhaps best demonstrated at the end of day one with an impassioned argument on ‘neoliberalism in the academy’ taking place between Roger Burrows, John Holmwood, Marc Levine and Adam Tickell - who each took slightly different angles on the problem of market logic being applied to the university. One of the questions that came out of this discussion however, was why it was such an intense debate: can we only get angry or motivated if we are ourselves are under threat? Someone pointed out that people have been suffering neoliberalism for a long time before it started creeping into higher education, so is it a bit ingenuous to be so riled up about it only now it has reached the university doors?

I would argue no, if anything the experience of a common problem is precisely what will create the solidarities that explode the boundaries between the academy and society. Those in academia can no longer claim exemption or safety from such corrosive forces, and therefore are forced to defend themselves and subsequently draw parallels with those who suffer the same indignities outside the ivory tower. The neoliberalisation of the academy dissolves the problem of the comfortable professor sitting back and judging the world and instead enables potential for a politicization that cuts right across society.

This question of politicization was precisely the theme of the final plenary paper that came from Jamie Peck. In both the paper and his wider work, Peck demonstrates a precise and clear understanding of what ‘neoliberalism’ is (which in itself is an elusive concept with many different politically motivated definitions) which he attributes to being one of Thatcher’s children deprived of milk in the seventies. On the one hand, in reacting to Peck’s paper, my main concern would be whether we allow the notion of neoliberalism to cloud our critique of capitalism more broadly - do we criticise neoliberalism because we lack the courage to go for the jugular? – but, having said that, a personal highlight of mine was his comparison of the 2008 economic crisis with that of the Berlin wall. Peck draws the parallel to make the point that, when the Berlin wall fell, there was at least an alternative ‘on the other side’ which made this a political event. Yet in 2008, there was nothing on the other side from neoliberalism, demonstrating its ubiquity and consensual nature that the only way society’s imagination could react to the crisis of neoliberalism was more of the same.

This highlights the main problem of the left, neoliberalism is both the bogey man of our politics, considered to be the main enemy which needs to be slain, but is also the only frame in which thinking is allowed to appear and in which imagination can be formulated (therefore foreclosing the space in which alternatives can appear). By definition, everything outside of this ideology is incoherent, unreasonable and impossible… but I argue that it’s exactly events such as this conference that can bring coherence, reason and possibility. Whilst we must of course endeavour to take those ideas outside the discussions within the academy, it is nonetheless here that a space can be found to have critical engagement with such ideas.

In Alain Badiou’s Communist Hypothesis he writes about how a political meeting in a dark room between individuals of different backgrounds, occupations and identities must be able to explode that particular situation in order that it may become universal. In other words, the apparently closed conversation behind doors is in fact the beginning of a true politics so long as it encapsulates the world outside of the room and seeks to go beyond the walls. Such conferences as ours, so long as they are inherently critical and have these aspirations, have this potential in precisely the same way as the neoliberal conferences of the past century.

Sam Burgum is a doctoral researcher in Sociology and Politics at the University of York, UK. He is currently conducting ESRC funded research into the foreclosure of political agency in a post-political society, in particular looking at contemporary social movements (such as Occupy). You can follow Sam on Twitter (@sjburgum) as well as on his blog: esjaybe.wordpress.com.