Laurie has recently published two new articles. The first of these looks at ethnicity and education aspirations in Brussels, while the second focuses on how museum visitors understand and conceptualise the art that they see. More information appears below about both of these, which are now available online. 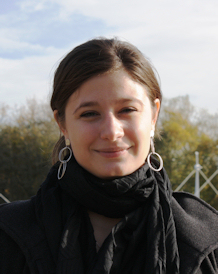 Educational aspirations among ethnic minority youth in Brussels: Does the perception of ethnic discrimination in the labour market matter? A mixed-method approach
Co-authored with Teney C. and Devleeshouwer P. Ethnicities

This article investigates the ways in which art museums' visitors define their relationships to art and culture, and how this affects their perceptions of art museums. Existing approaches have traditionally attempted to define the meaning of art museums on the basis of the socio-economic composition of museum audiences. Using mixed methods analysis, with a particular stress on qualitative data about the audiences of the six main museums of modern and contemporary art in Belgium, I argue for the need for a more complex and comprehensive framework to understand visitors' perceptions. I show that people characterized by similar cultural tastes and practices use similar strategies to interpret their relationship to culture, art and museums (the same principles of classification, legitimation and justification). On this basis, I argue that those with a similar cultural profile belong to the same “interpretive community” (Fish, 1980; Hooper-Greenhill, 2000).