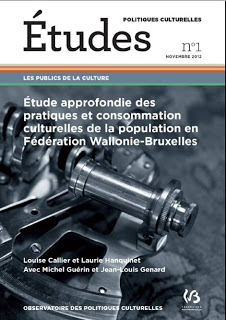 Laurie Hanquinet recently travelled to Belgium to give a press conference on her recently co-authored report (with Louise Callier, ULB) on cultural participation and consumption among the population of the Brussels-Wallonia Federation. The press conference was presented in the presence of the Minister for Culture, Fadila Laanen. The findings of the research have subsequently been published in leading Belgium newspapers.