Professor Celia Kitzinger (Sociology) has been awarded a grant for an ESRC Seminar Series Grant for a project called " Advance Decisions: Informing implementation strategies through interdisciplinary and cross-national dialogue". 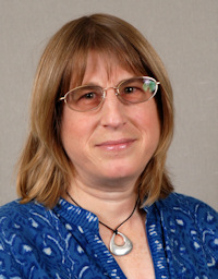 Advance Decisions (previously known as "Living Wills") are written statements about what medical treatments an individual wants to refuse  (e.g. ventilators, cardiopulmonary resuscitation, artificial nutrition and hydration)  if they become unable to make such decisions for themselves in the future (e.g. because they are unconscious, in a permanent vegetative or minimally conscious state, have severe dementia etc.).  They were first given statutory authority by the recent Mental Capacity Act (MCA) 2005, implemented in England and Wales in 2007. Statutory support of ADs is prompted in part by the recognition that over-treatment at the end of life means that people are often not getting the kind of death they want - home rather than hospital; comfort care rather than aggressive intervention).

However, uptake of ADs in the UK has been very low - fewer than 3% of the population has one.  The seminar series (with co-investigators Luke Clements, Law School, Cardiff University and Anne Slowther, Medicine, Warwick University) will explore the barriers that inhibit people from writing ADs and how they might be overcome. The series includes international experts from the USA (where ADs have had statutory support since 1990) and Europe for cross-national comparison.  It also includes representatives from charities a(e.g. Age UK, Macmillan Cancer Support, Compassion in Dying) that promote ADS as well as experts working in palliative care, intensive care, law and social sciences.  The seminar series will inform implementation strategies to encourage uptake of ADs.