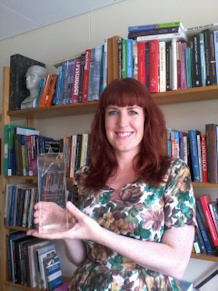 Kelly attended a recent ceremony in the Ron Cooke Hub and was presented with an award and certificate confirming the accolade.  Other members of the department were also nominated by their supervisees: