Jenny Roe is now the inaugural Mary Irene DeShong Professor of Design and Health and the Director of the Center of Design and Health at the University of Virginia. She was formerly the Senior Research Leader in Human Wellbeing and Behaviour Change at SEI where she worked with environmental scientists and health professionals to explore how best to build sustainable, resilient and healthy cities.

Jenny is an environmental psychologist exploring how the quality of the built environment relates to health and well-being. Her research involves two themes with overlapping agendas. The first is in restorative and salutogenic (health-improving) environments; the second is in "enabling" places - environments that aid recovery from ill health or special difficulties by offering, for example, better mobility, meaning and enjoyment of places for marginalized groups (e.g. the elderly, people with mental health problems and visual impairments, young people at risk, and those living with deprivation).

She has built an international reputation for pioneering novel methods in the field of environment and behaviour research (e.g. the use of cortisol as measure of chronic stress; measuring brain activity "on the move"’ using a mobile neural cap to explore arousal and stress) as well as extending models on health and well-being to young people, and developing innovative ethnographic techniques for measuring behaviour change over time.

Jenny’s research was commissioned by major U.K. stakeholders including the Scottish Government and Forestry Commission, research councils (ESRC and EPSRC) and charities (e.g. RNIB) and aims to direct social, recreational and health policy in the UK.

Prior to joining SEI in August 2013, Jenny was a Lecturer in the School of the Built Environment, Heriot Watt University (2011 to 2013); a Research Fellow with OPENspace, University of Edinburgh (2008 to 2011); and a Research Fellow, School of Engineering, South Bank University (2001 to 2002). Before entering academia, she was Principal Landscape Architect at Sprunt, a leading London-based architectural practice (1991 to 2003).

She earned her Ph.D. in restorative environments at Heriot Watt University in 2008. She is an experienced lecturer in architectural engineering and sustainable design, landscape architecture and interior architecture and currently supervises several Ph.D. candidates on the health and well-being theme. 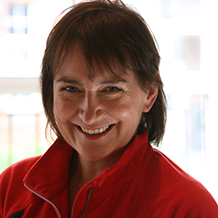