The York Global Initiative for Safe Autonomy will bring together expertise from across the University of York to capitalise on our exceptional research strengths.

John McDermid became Professor of Software Engineering at the University of York in 1987. His research covers a broad range of issues in systems, software and safety engineering. He became Director of the Lloyd’s Register Foundation funded Assuring Autonomy International Programme in January 2018, focusing on safety of robotics and autonomous systems.

He acts as an advisor to government and industry and is actively involved in standards development, including work on safety and software standards for civilian and defence applications.

Research Lead for Design and Verification 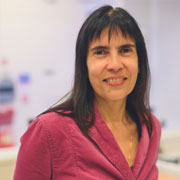 Ana Cavalcanti is a Professor of Software Verification at the University of York and holds a ten-year Royal Academy of Engineering Chair in Emerging Technologies to work on Software Engineering for Robotics.

Previously, she held a Royal Society-Wolfson Research Merit Award, and a Royal Society Industry Fellowship to work with QinetiQ. Her research interest is the theory and practice of formal methods, with application to industry-strength techniques.

Dean of the Faculty of Sciences

As Dean of the Faculty of Sciences, Brian works with the University Executive Board to coordinate significant strategic initiatives such as this one. Brian was appointed to a chair at York in 2000. Brian's research area is nuclear physics; he specialises in studying the nuclear reactions which power explosive astrophysical objects like Nova, X-ray Bursters and Supernovae. 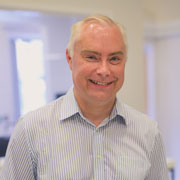 David Grace is Professor and Head of the Communication Technologies research group in the Department of Electronic Engineering at York and Director of York's Centre for High Altitude Platform Applications. 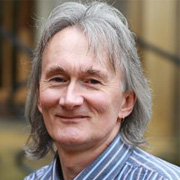 Prior to this appointment, he was at the University of Leeds in the roles of Head of the Quantum Information Group and Director of Research for the School of Physics and Astronomy. Prior to 2009, Tim was Director of Quantum Information Processing Research at HP Labs Bristol – an activity that he established in 1995 – and a Hewlett-Packard Distinguished Scientist. He has spent 35 years researching quantum theory, superconducting systems and quantum hardware and technologies. He led HP’s strategy on the commercialisation of QIP research, and is an inventor on 25 patents linked to quantum technologies and applications.

Ana manages the £12m Assuring Autonomy International Programme. She works with technology developers, researchers, regulators and the public to understand the risks and benefits of adopting these technologies in order to make the development and adoption of safe autonomous systems a reality.

She has worked closely with academic and industrial researchers in the area of robotics and autonomous systems for over five years.

As Head of Corporate and Foundation Philanthropy, Paul leads the university’s philanthropic engagement with companies, trusts and foundations, raising substantial funding for large scale and highly ambitious capital, research and student-focused projects. He was part of the team that established the Assuring Autonomy International Programme and the York Global Initiative for Safe Autonomy. Before working at York, Paul was Head of Development for the Anne Frank Trust UK and Development Manager at Shoreditch Trust, Family Rights Group and Barnardo’s. He is a trustee at York CVS and the Kohima Museum Trust.