Where are our graduates now?

After finishing my PPE degree at York, I started reading for an M.Phil. in Economics at Merton College, Oxford. During that time I did a fair bit of travelling, including a two-month stay in Mozambique where I taught Econometrics at the University of Maputo. At the end of the two-year program, I migrated from the Economics Department to the Department of Politics and International Relations (still at Oxford) to read a D.Phil. (PhD) in International Relations which I finished in 2011.

At the same time as I started my D.Phil., I took the position of economic advisor and writer to Lord Skidelsky in the House of Lords in London. In that capacity, I was heavily involved in Lord Skidelsky's commentary on the financial crisis in newspapers, parliamentary speeches, books and other media. I also co-edited a book ('The Economic Crisis and the State of Economics') with Lord Skidelsky on the relationship between the crisis and economic theory.

Alongside my D.Phil. and my work in Parliament, I have been involved in various consulting projects. I wrote an empirical-evidence paper which the Department for International Development (DfID) used to design a new policy regarding UK development engagement in conflict-affected societies around the world. And more recently, I came back from northern Iraq where I was working for the Kurdish Regional Government (KRG) in connection with opening a new commercial airport in the city of Erbil. 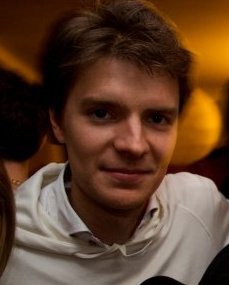 Along-side my D.Phil. and my work in Parliament I have been involved in various consulting projects.