Benjamin's research focuses on the way in which three thinkers - Georges Sorel, Carl Schmitt and Walter Benjamin - conceive of violence as a means of critique. The purpose of the thesis is to explore the ways in which a number of critical social and political theorists used violence and militarism as a means through which to define and test the limits of liberal democratic states and the nature of the individual therein

Presented on 'Carl Schmitt: Violence and the Political', at JUDGEPOL 2015 Summer School on Political Violence at University of Edinburgh

Presented to White Rose Legacies of War network on:

Presented at Quilting Points, reading group and seminar series (University of Leeds), on:

Presented at Performa, reading group (University of Leeds), on: 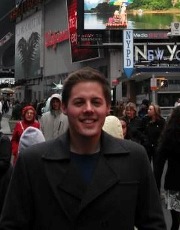 In October 2016, Ben hosted a colloquium on Myth, Violence and Unreason in the History of Political Thought  at the University of York.