Haleh Afshar (BA York, PhD University of Cambridge) taught Politics and Women's Studies at the University of York and served as a Crossbench Peer in the House of Lords. In 2005 she was awarded an OBE for services to equal opportunities. She is also the Visiting Professor of Islamic Law at the Faculté Internationale de Droit Comparée at Strasbourg. She was born and raised in Iran where she worked as a journalist and a civil servant. She has served as the Chair for the British Association of Middle Eastern Studies and Chair of United Nation Association's International Services. For seven years she served as Deputy Chair of the British Council's Gender and Development Task Force. She has also served with the Advisory Group of the Cabinet Offices Women's Unit to work on raising gender awareness amongst civil servants who adjudicate on applications for asylum from women. She served as a member of Nuffield Council on bioethics' working group on ethics and Pharmacogenetics. In 2008 she was appointed to serve as a Commissioner on Women's National Commission.She has written two and edited/co-edited 13 books on questions relating to women and development; as well as producing books on Islam and feminisms Iranian politics and women in later years.

Afshar served on the editorial boards of 10 academic journals and has been a member of the advisory group to aid the development of an Economic and Social Research Council (ESRC). Member of the Joseph Rowntree Foundation research project on 'Muslims and Community Cohesion in Britain'. Member of the Economic and Social Research Council (ESRC) Working Group on religion and ethnicity 2006. Member of the advisory group the AHRC and ESRC set up to take forward the development of a joint research programme tackling the issues of religion, belief and society 2006. Member of the Advisory Group for the 'Integration of female immigrants in labour and society' research programme, part of the 6th framework programme of the European Commission 2006-8. She was invited to act as an ESRC representative on the British Academy and ESRC'sVisiting Fellowships Scheme Panel for the Middle-East 2007 and 2008.

Haleh has supervised and continues to supervise research students on the following topics: 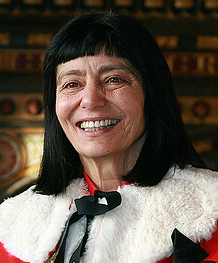