I am a Postdoctoral Research Fellow in the Leverhulme funded “Rethinking Civil Society” project. I am working on a stream of the project which considers civil society in post-Partition India and South Asia. In March 2019, I defended my PhD at the School of Government and International Affairs, Durham University. Additionally, I hold an MA in International Relations from the University of Sussex and a BA (double major in Economics and Religion; minor in South Asian studies) from Middlebury College (USA).

Recently, during the winters of 2018 and 2019, I designed and taught two courses at my undergraduate alma mater as a visiting instructor. In January 2018, I taught a course called “South Asia Beyond New Delhi-Islamabad” which analyzed areas and aspects of South Asian politics that are not frequently studied at the global policy level, such as the birth of the Madhesi movement of Nepal and the rise of cow vigilante groups in North India. In January 2019, my course titled “Refugee Crises in South Asia” took a multidisciplinary approach to study cases of refugee crises in contemporary South Asia, including the ongoing Rohingya Refugee Crisis.

I am working on a stream of the “Rethinking Civil Society” project, which considers civil society in post-Partition India and South Asia. Specifically, I am researching on the current situation of the stateless Rohingya Muslim population from the Rakhine state of Myanmar and comparing it to the ongoing process of disenfranchisement happening to Bengali-speaking Muslims in India’s North-Eastern state of Assam.

I have also contributed to scholarly works on South Asian religious traditions. I am the author of “The Mystic Contribution: Khan Jahan Ali and the Creation of Bagerhat,” a monograph that outlines the life of the fifteenth-century Islamic saint of Southern Bengal and his contribution towards building a Muslim settlement which is now deemed a UNESCO world heritage site. During my undergraduate years, I assisted the Chair of the Department of History of Art and Architecture at Middlebury College with preparing a forthcoming academic book manuscript titled “The Art of Loving Krishna: Ornamentation and Devotion,” relating to the worship of the Hindu deity Krishna.

Entries in Magazines and Newspapers 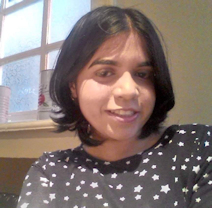