Visit Dr Mark A Hutchinson's profile on the York Research Database to:

Currently, I am a Research Fellow as part of the Leverhulme funded project ‘Rethinking Civil Society: History, Theory, Critique’ and a Visiting Fellow at the Lichtenberg-Kolleg, the Institute for Advanced Study in the University of Göttingen, Germany.  Prior to taking up my present position at York, I was an Assistant Professor in Early Modern History at Durham University and a Lecturer in Early Modern History at Lancaster University.  I have also held both a Mid-Career and a Junior Research Fellowship at the Lichtenberg-Kolleg and a Government of Ireland Fellowship at University College Cork.  I was elected a Fellow of the Royal Historical Society in 2018.

My research and teaching interests lie in early modern intellectual and cultural history, with a specific focus on the way in which the problems posed by religious division came to shape early modern political thought and vocabulary in different cultural and linguistic contexts.  Here my research focuses on Ireland, England, New England and the Palatinate in the Holy Roman Empire.

I am interested in the intellectual and cultural consequences of religious reformation in early modern Europe and how different comparative contexts allow us to break open the different unspoken assumptions which rest below shifts in the use of political vocabulary.

Here my research is primarily concerned with the way in which the problem of a sinful humanity, from a protestant perspective, reshaped early modern political vocabulary. The question of original sin, I would suggest, tends to be sidestepped in scholarly discussions, because of the emphasis placed on reason and natural law. The failure of different evangelical agendas, however, left reformed protestants facing a humanity whose ‘will’, according to reformed theology, remained bound in sin in the absence of God’s saving grace. In such a context how could reformed protestants talk constructively about civil society? My work examines such issues through the comparative contexts of Ireland, England, New England and the Palatinate in the Holy Roman Empire.

My first monograph Calvinism, Reform and the Absolutist State in Elizabethan Ireland, which was published in 2015 and reissued in paperback in 2017, explored part of this problem. The study examined how a failure to further religious reformation in Ireland related to a subsequent need to theorize ‘the state’. In response to the view that the internal bonds of conscience were now absent, those English protestants involved in Irish government came to recast political relationships as involving external institutional structures. This was about thinking in terms of sovereignty, and whether different lords and subjects possessed the political power to topple state structures, as opposed to relying on the personal bonds of friendship and fidelity.

My current research continues to explore how political vocabulary was shaped by the problem of religious division. One monograph project, provisionally entitled Sin and Individual Liberty: a study in early modern English protestant thought, examines the problems encountered by reformed protestants when they spoke about liberty. Problems arose because of a protestant conception of ‘the will’, which was thought to be bound in sin and directed towards sinful ends in the absence of God’s saving grace. How was it possible to speak meaningfully of liberty in the civil sphere if this meant the duty to act for the common good, when an unredeemed ‘will’ invalidated such vocabulary? Moreover, how did the problem of a sinful and self-interested ‘will’ reshape the vocabulary of liberty?

My other monograph project, provisionally entitled, Sin and Civil Society: English exchanges over Ireland and the Palatinate in the Holy Roman Empire, c. 1600-50, examines how protestants used the vocabulary of natural and customary law in order to speak meaningfully about civil society. Part of the study takes its cue from the tense exchanges between the Calvinist Elector of the Holy Roman Empire, Frederick V and James I & VI, Frederick’s father-in-law, over Frederick’s decision to accept the Crown of Bohemia and its catastrophic consequences.  The other part takes its cue from English exchanges over Ireland and the attempts to build civil society there. Here the constitutional principles of the Holy Roman Empire, I would suggest, left little conceptual space for a more English reading of events in terms of a balance of contingent political forces and ‘reason of state’, because the principles of the Empire were so ethical in character. When thinking of the work of Max Weber, this raises the question of two different protestant modernities.

2018. ‘The Problem of Liberty and Christian Freedom in Early Modern England and Its Atlantic Periphery, c. 1550 to 1650’.  Tudor and Stuart Seminar, Institute of Historical Research, London, 8 January.

2017. ‘The Problem of Sin and the Reshaping of Political Vocabulary in England’s Peripheries, c. 1550-1650’.  History of Christianity Research Seminar, Durham University, 18 May.

2016. ‘A Sinful Humanity and Unreasoned Polemic: the Problem "Allegiance" in Jacobean Ireland and Other Contexts’.  The Tongues of Men are Trumpets of War and Sedition, Lichtenberg-Kolleg Workshop, Göttingen, 15-16 December. 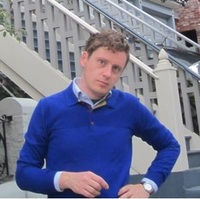