Elisabeth studied at the University of Aberdeen and the University of Edinburgh before she completed her PhD at the University of Groningen in the Netherlands. Her research focuses on terrorism and counterterrorism regarding current debates of a wider right to self-defence, with practices such as armed drone attacks. She examines the politics of international law formation and the way in which different forms of power relations lead to the silencing of marginalised actors. She uses silence as an analytical lens in order to trace not only the ways in which some actors are excluded from speaking but also to pry open the seemingly self-evident meaning-making processes which lead to silence and other discursive facts assuming a particular role, such as silence as acquiescence in international law.

Elisabeth is board member of the Early Career Researcher portfolio of the European International Studies Association and welcomes any suggestions and initiatives.

Elisabeth's current research applies critical security studies, post-colonial and feminist approaches in IR to international law debates, particularly the legal discussion on 'targeted killing' and armed drone attacks which has been argued to be tacitly consented to by states around the world. Rather than grasping international law as a set of principles separated from politics, she conceptualises international law as a language game in which powerful as well as less powerful actors participate. She is interested in how international law debates not only reflect but also consolidate or subvert global power relations in dispersed discursive practices, such as scholarship, media reports as well as inter-state debates.

Elisabeth is interested in the role of silence and forms of silencing in different areas of inter-state relations and knowledge production, such as security studies, diplomacy and international law. She uses silence as an analytical lens in order to trace not only the ways in which some actors are excluded from speaking but also to pry open the seemingly self-evident meaning-making processes which lead to silence functioning for example as acquiescence to ‘targeted killing’, as a way to ignore something or as a diplomatic strategy to postpone a decision. She is at the moment working on a book on Silence and the Language Game of International Law which draws together research from her doctoral thesis and other work. 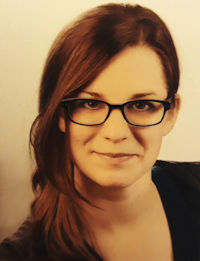