New research led by the University of York at the Crystal Ball at MAMI facility has revealed strong signatures for the existence of a new form of matter - the d* hexaquark. 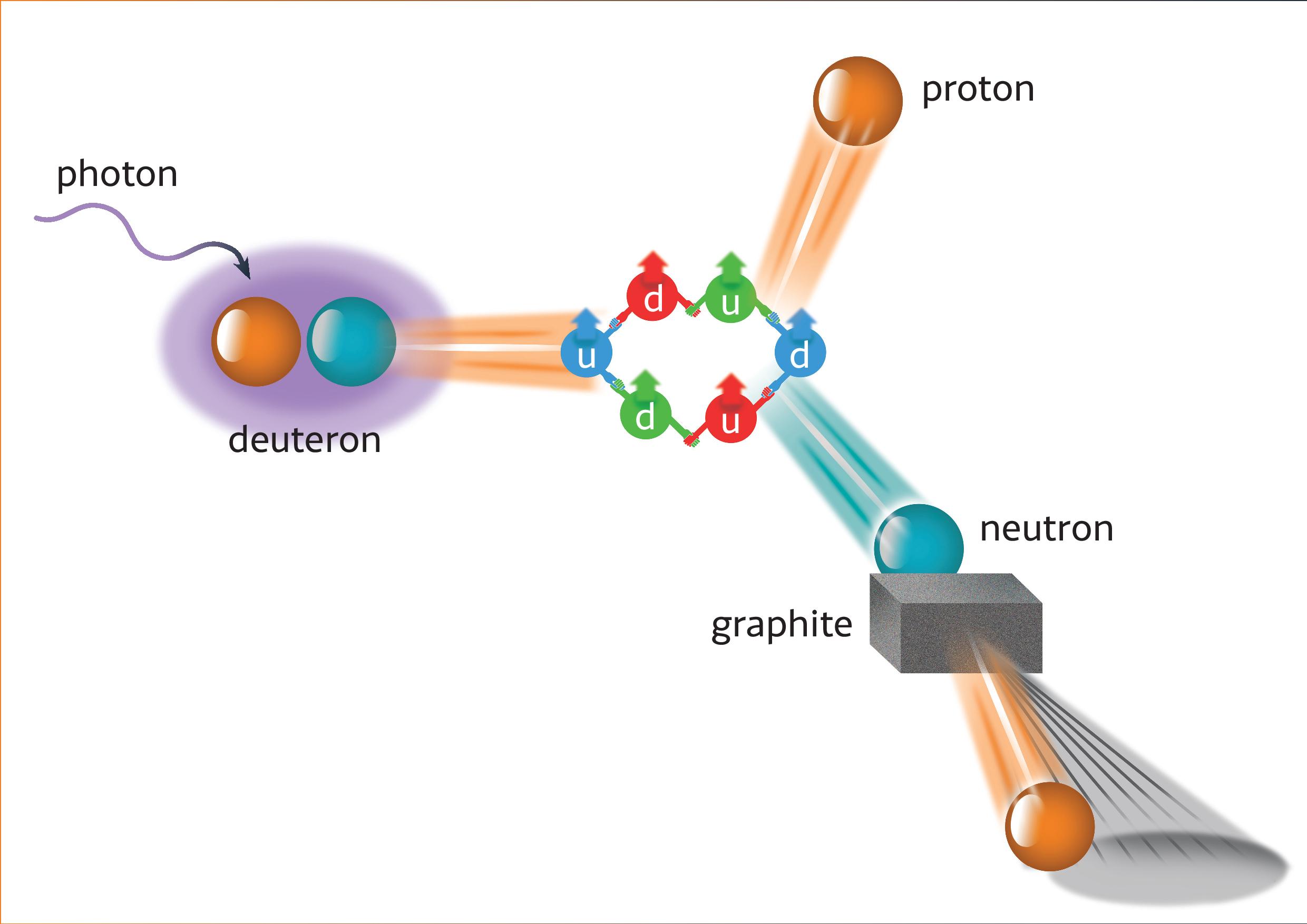 The d* hexaquark is composed of six light quarks – the same quarks that usually combine in trios to make up protons and neutrons. The experiment searched for the d* hexaquarks by impinging an intense gamma ray beam on a liquid deuterium target and measuring the final state proton and neutron from the photodisintegration of the deuterium nuclei.

Signatures of the d* were observed in the degree of spin polarisation of the outgoing proton and neutron, showing for the first time that both are almost completely polarised at photon energies corresponding to the mass of the d*, and in a way that cannot be explained by current conventional theories without the hexaquark.

The results provide important new information for the emerging field of multiquark states and potentially for astrophysics, where the new d* degree of freedom has recently been indicated to play an important role in neutron stars and even in new candidates for dark matter. A novel large acceptance neutron spin polarimeter was developed for the measurement, which has potential application for a wide range of facilities.

Signatures of the d∗(2380) Hexaquark in d (γ,p→n) is published in the APS Physics, Physical Review Letters.