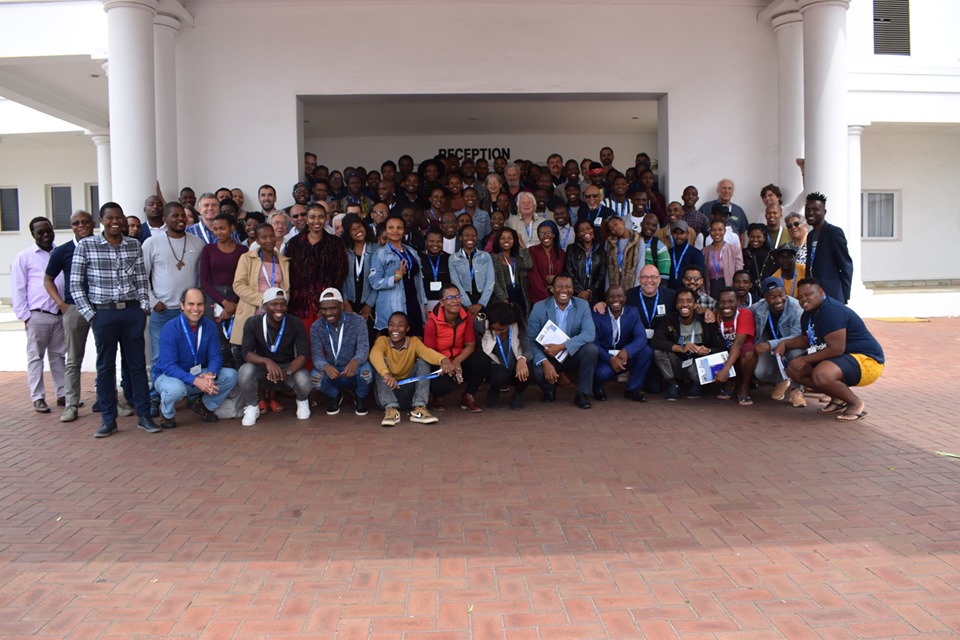 During the week of 30th September 2019, three nuclear physicists from the University of York attended the Tastes of Nuclear Physics conference at the University of Zululand in South Africa. This was part of their STFC GCRF project, MANDELA (Modern African Nuclear Detector Laboratory). The project is to work with two historically disadvantaged universities in South Africa to upskill young people to work in nuclear applications and new concepts in medical imaging.

Prof. David Jenkins and Dr Mikhail Bashkanov presented lectures on nuclear applications and medical imaging. Together with Dr Julien Bordes, they led five hours of hands-on workshops on GEANT4 Monte Carlo simulation. Forty students participated in the training programme, simulating for themselves how charged particles and gamma rays interact with matter. The GEANT4 simulations were run “on the cloud” using an Amazon cloud server with students running them from laptops. This avoided the complexity of installing the software and using powerful computers which were unavailable on site. This activity would be readily translateable to projects in high schools or elsewhere.

Prof Nico Orce, a member of the conference organising committee, said that this conference would give hope to students from UNIZULU and other facilities in the province of KwaZulu-Natal, that they will be able to reach their dreams of being the academics in the field of physics. “This initiative will be hosted every two years at UNIZULU. We will bring our very best experts and academics to empower students of the northern KwaZulu-Natal and Surroundings,” concluded Prof Orce.