First publication for physics PhD student based at TRIUMF

Eleanor Dunling is a PhD student based at TRIUMF, one of the world's leading subatomic physics laboratories based in Vancouver. 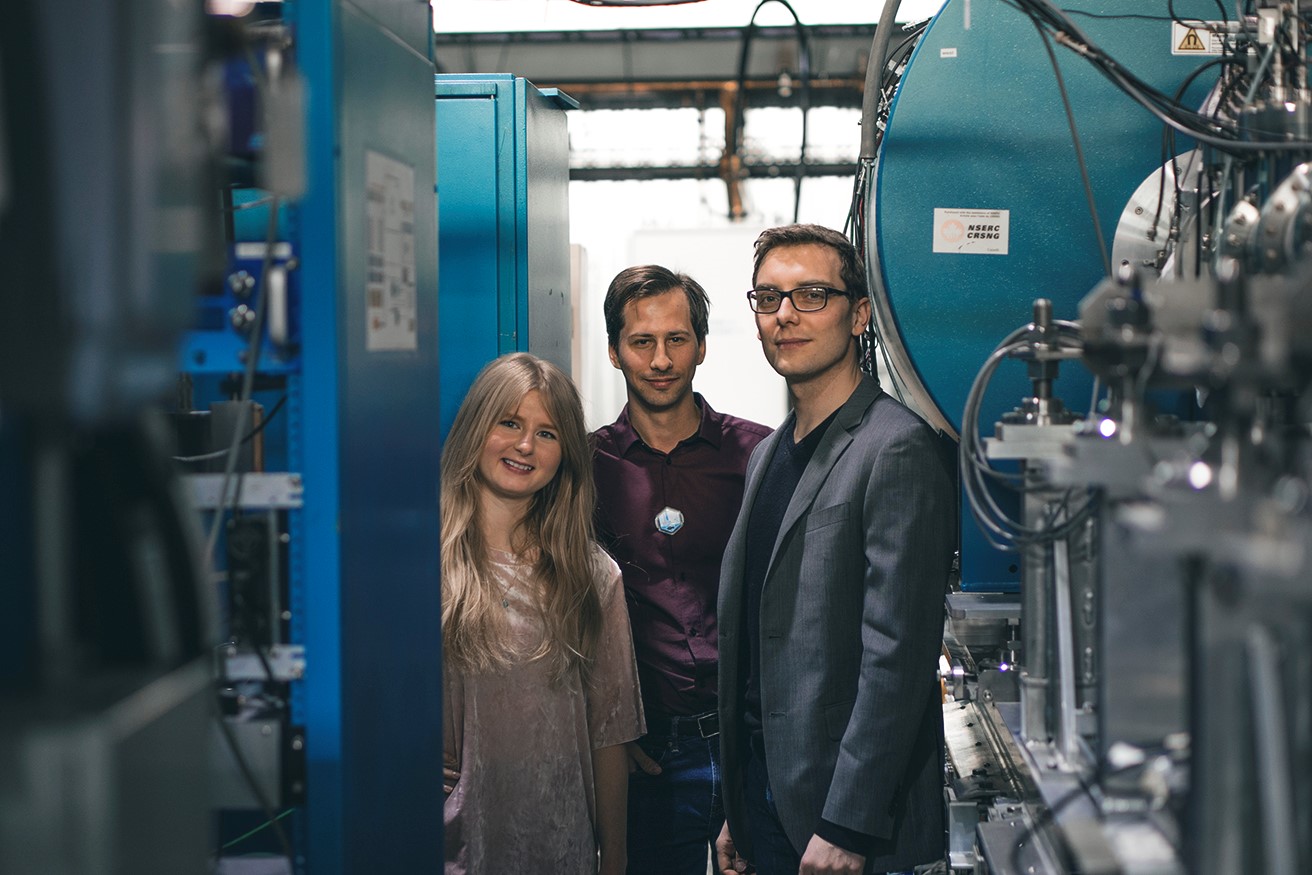 Eleanor Dunling started her PhD in March 2017 where she began her reading for six weeks before going to the Max Planck Institute for Nuclear Physics (MPIK) in Heidelberg, Germany for two weeks to help them build a new EBIT (a machine identical to the TITAN EBIT I work on at TRIUMF) for the new TRIUMF ARIEL project, then she arrived in Vancouver to start work at TRIUMF on in May 2017, and will be based here for the whole of her PhD.

Eleanor's research group, TITAN, recently had a PRL published which you can read here.

We asked Eleanor to provide a summary of her thesis proposal which also describes the overall aim of her work at TRIUMF and you can read this below.

Elenor explains; 'I trap radioactive atoms and strip them of all their electrons using an EBIT (Electron Beam Ion Trap) in order to study the naked nucleus or in a highly ionised state (as Highly Charged Ions, HCI), and observe their radioactive decay. This decay could be so extremely different to what we expect as dominant decay processes are inhabited due to the removal of all of the bound electrons. Since stellar environments can be super hot, super dense and therefore super ionising the EBIT recreates this environment for us to investigate the decay of radioactive atoms in this scenario. The EBIT traps bunches of atoms using electric and magnetic fields and a beam of electrons knocks off the bound electrons. The radioactive atoms are held in the trap while they decay and the released characteristic gamma rays are detected by the various detectors surrounding the trap in order to identify these rare decay processes which may occur.

The reason this is such a cool study is that decays in stars of these HCI may be so different to what we currently think from studying the decays a neutral atom due to the removal of all of the electrons; elements which are not radioactive on Earth have been observed as being radioactive in stars due to the removal of their electrons as well as the decay process being completely different. This avenue of research into decay spectroscopy of HCI will hopefully shed a brand-new light on decay probability, branching ratio, lifetime and therefore elemental abundance. In addition, TITAN is the only facility on earth to study this in this way with this unique experimental set-up'.