Professor Michael Bentley from our Department of Physics has received a prestigious national award for his work in nuclear physics. 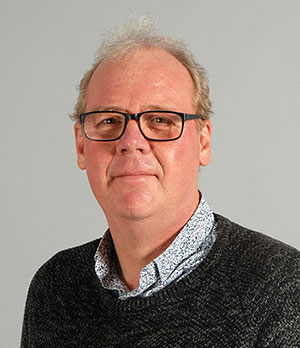 The Ernest Rutherford Medal from the Institute of Physics recognises Professor’s Bentley’s contribution to our understanding of the behaviour of the atomic nucleus - the tiny body at the centre of the atom that makes up the majority of the matter we see in the universe.

Professor Bentley said he was humbled and flattered to receive the award. “I’m grateful to the Institute for their recognition of my research in this fundamental area of nuclear physics. This award would not have been possible without the superb work of my colleagues and collaborators - and my brilliant PhD students! The research has entailed finding and exploiting simple patterns of behaviour, or symmetries, in the nucleus that can shine a light on what is happening to the particles involved.

“One of these ‘symmetries’ comes from the fact that protons and neutrons, although different particles, interact with each other with a virtually identical force. My work studies the symmetry, called isospin symmetry, that results from this near-identical behaviour.”

Professor Bentley gained his PhD at the University of Liverpool in 1988 and went on to work at the UK’s national nuclear physics facility at the Daresbury Laboratory in Cheshire before forming a research group at the Universities of Staffordshire and Keele. He joined York as an Anniversary Reader in 2005 and was appointed professor in 2010.

“Recent events have underlined the absolute necessity to encourage and reward our scientists and those who teach and encourage future generations. We rely on their dedication and innovation to improve many aspects of the lives of individuals and of our wider society.”

Awarded every two years, the Ernest Rutherford medal is named after the New Zealand-born British physicist who came to be known as the father of nuclear physics.

Find out more about the Institute of Physics awards