A group of researchers from York are among UK scientists playing a key role in the final stages of the development of a detector designed to solve some of the most fundamental questions in nuclear physics. 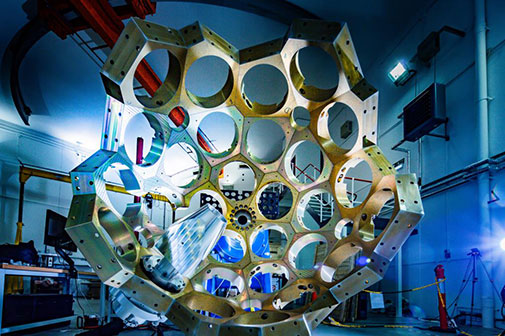 Professor Michael Bentley, from our Department of Physics is principal investigator on the Advanced Gamma Tracking Array (AGATA) project. The project involves over 40 institutions from 12 European countries.

The Science and Technology Facilities Council (STFC) has signed a memorandum of understanding (MoU) to fund and support the completion of the project.

AGATA will construct and operate the ultimate gamma ray tracking spectrometer that is a thousand times more sensitive than any previous detector system.

It will produce the most valuable insights yet into the structure of atomic nuclei, with potential applications in many areas, from medical imaging to monitoring the environment.

Professor Bentley said: “This is a really exciting point in the path of the AGATA project. The signing of this agreement is a shining example of international cooperation in science, backed up by the government agencies that fund fundamental physics research across Europe.

“New accelerator facilities are being developed across Europe to expose the secrets of atomic nuclei, and AGATA will now play a crucial part in that quest over the next decade, and beyond.”

Find out more about the AGATA project