The 2020 Institute of Physics Rosalind Franklin Medal and Prize has been awarded to the Physics of Life Network. 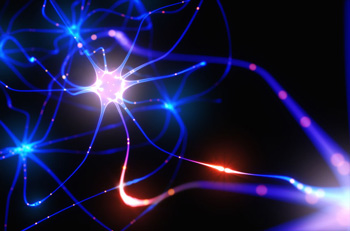 The Network, which involves scientists from the University of York and is chaired by Professor Tom McLeish from the Department of Physics, has been given the award for the contribution it has made to Biological Physics in the UK by bringing together scientists to form new research partnerships and collaborations.

The group’s steering panel has brought together physicists and biologists to produce unique insights into complex scientific problems in areas such as the physics of bacterial infection; forces in biology; life in extreme environments; the physics of cancer; pattern formation and morphogenesis; nanostructures at soft interfaces, and molecules mechanics in medicines.

The network, which is funded by UK Research and Innovation (UKRI), has organised multiple conferences and workshops and invested in young scientists via summer schools.

Mark Leake, Coordinator of the group and Professor Anniversary Chair of Biological Physics at the University of York, said: “We are absolutely thrilled that the work of the Physics of Life Network has been recognised with the Rosalind Franklin Prize. The award highlights the pivotal importance of interdisciplinary collaboration in order to gain new perspectives on some of the greatest scientific challenges of our generation.

“The fact that we have both myself and Tom serving on the network’s steering panel is a testament not only to the recent growth of Physics of Life research in York but also to the underpinning strengths of multiple cross-departmental activities that have emerged within the University. The University’s unwavering support for interdisciplinarity sets a high bar for other academic institutions to follow.”

The Rosalind Franklin Prize is awarded by the Institute of Physics - the professional body for physics in the UK and Ireland, which aims to inspire people to develop their knowledge, understanding and enjoyment of physics.