Director of the University of York's Astrocampus comments on the full moon as it coincides with the March Equinox. 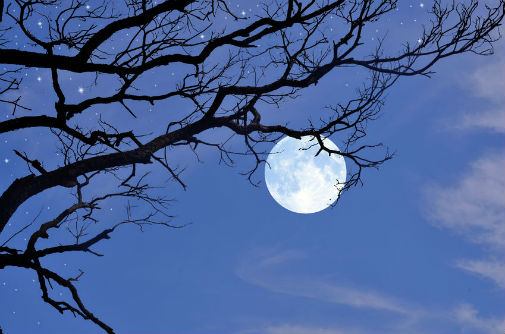 Dr Emily Brunsden, Director of the University of York's Astrocampus, said: "The night of the 20th March 2019 will have a familiar large moon in the sky. It is the third and final supermoon of 2019.

"Supermoons happen when the Moon is slightly closer to the Earth in its orbit. This makes it appear slightly larger and slightly brighter than a normal full moon.

"It is not a big enough change to notice the size difference by eye, but the Moon will seem brighter than usual; the last 'normal' full moon was back in December. We were treated to the other supermoons of the year in January, with the lunar eclipse, and in February.

"This full moon also coincides with the March Equinox. In the northern hemisphere this is also known as the Spring Equinox, the start of spring.

"It is an astronomical event when the Earth's tilt and orbital position makes nearly equal day and night. For us that means daylight will be longer than darkness until the September Equinox."

Explore more of the mysteries of the universe with Dr Brunsden on her podcast, Syzygy.