ESA astronaut Tim Peake revealed the highs and lows of life aboard the International Space Station in a talk at the University of York. 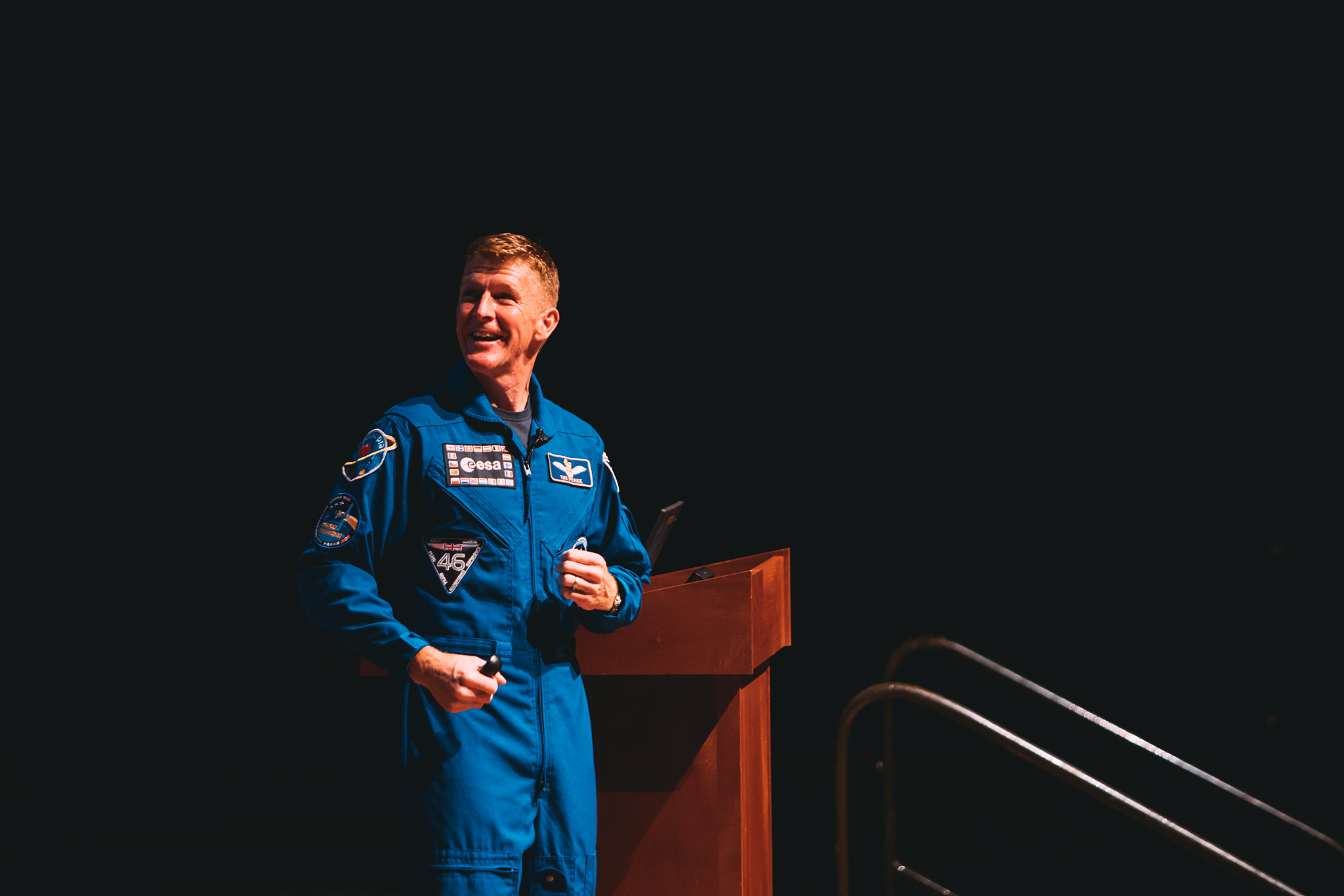 On Tuesday 26 September, a thousand-strong audience learned about Tim’s busy and eventful Principia mission when he became the first British European Space Agency (ESA) astronaut to visit the Space Station.

He also took part in numerous experiments for ESA and international partners. Highlights included using the Space Station airlock to study his lungs, monitoring his sleeping patterns to learn how humans adapt to life without normal daylight, and recording how many calories he consumed to prepare for missions further from Earth.

Tim Peake said: “I’ve been extremely touched by the support from York around my mission to the International Space Station. It is great to be back in York to thank as many people as possible in person."

Professor Brian Fulton, the University of York’s Dean of Faculty for the Sciences, said: “We are delighted to welcome Tim Peake to York.  His Principia mission has hugely inspired many people, especially children, to develop their interest in science and to learn more about the career opportunities it opens up to them.”

The event took place at the University’s Central Hall. As part of the programme, Tim was interviewed by BBC Radio York’s Jonathan Cowap and answered questions from the audience.

Click here to view photo's from the event and you can also listen to the interview by Jonathan Cowap. Photo's by markwoodwardphoto.com.