"Journey to the sun" for York schoolchildren

Postgraduate students from the Centre for Doctoral Training Network (Fusion DTN) are taking a science roadshow called the Sun Dome to primary schools around the York area during September.  The Sun Dome involves a virtual journey to the Sun, introducing the processes that occur inside the big star and demonstrating how scientists are using the same processes to create fusion energy for electricity in the future.  It features movies and interactive role-play, using a portable inflatable dome which is set up in the school hall.

"This will give school children in York a unique, exciting introduction to the science of the Sun and how we are working towards harnessing fusion power for clean, effectively limitless energy here on Earth", said DTN Director Professor Howard Wilson.

View the full story on the York University news pages. 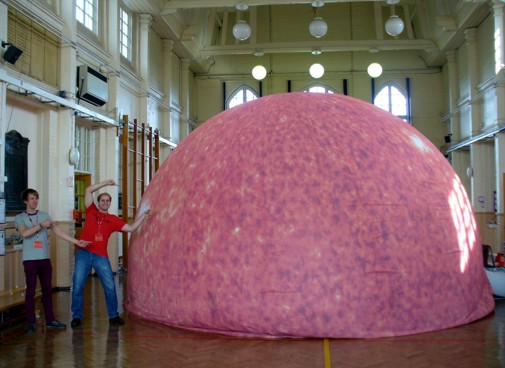 The Sun Dome has a great wow factor. It's great to give children a real understanding of what modern-day scientists do.