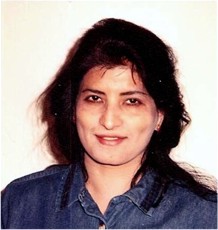 Prof. Pratibha Gai, of the Departments of Physics and Chemistry, has been awarded the Gabor medal and prize for 2010 by the Institute of Physics. This is an award made for distinguished work in the application of physics in an industrial, commercial or business context.

The full citation for the award is:-

For her pioneering development of atomic resolution environmental transmission electron microscopy and its application to instrument manufacture and industrial processing.

Gai is a hands-on scientist distinguished for the pioneering development and application of environmental transmission electron microscopy (ETEM). ETEM allows direct observation of the actual course of gas-solid reactions on the atomic scale under controlled reaction conditions. Her outstanding successes, though stimulated in her earlier academic career in Oxford and now continuing in York, were largely achieved during her eighteen-year employment at DuPont, USA.

The equipment she inspired is now utilized by manufacturers and numerous scientists world-wide with global sales so far of ten front-line instruments each costing about £5 million. Major benefits have thus flowed to the electron microscope manufacturers FEI and JEOL with whom Gai collaborated closely over prototype design.  Even more significant has been Gai's own work with time-resolved, high resolution ETEM in direct observation of gas molecule reactions with solid surfaces often at high temperature and at pressures sufficient for meaningful results.

Her observations have unmasked the critical role of key atomic sites and defects in many gas-solid catalytic reactions such as their role in storing subsurface oxygen. She discovered a novel reaction mechanism in the vanadyl pyrophosphate oxides used in an industrial polymer production process. A particular commercial triumph resulting from the ETEM work has been DuPont's development of a new green and more economical process for nanocoating of pigment particles to make them more photostable.

These pigments are used for strong polymers, coatings and other products by DuPont in the UK as well as in the USA and the industrial impact has already led to financial benefits of over £50 million. Since her return to the UK, Gai has set up a leading Nanocentre at York where ETEM results on the next generation of biofuels are already emerging.