International Conference on Optical Angular Momentum to be held at the University of York, 23-25 March 2010 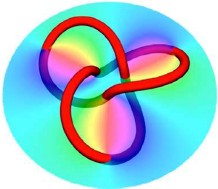 The first dedicated international conference on the subject of Optical Angular Momentum (ICOAM) will be held at the University of York on 23-25 March 2010, co-chaired by Professor Mohamed Babiker of the Department of Physics.

The angular momentum associated with certain types of light is a rapidly developing interdisciplinary field of research.  The subject matter is laser light, but a special type of laser light – one which carries a twist.  This phenomenon is called an optical vortex, as the ‘twisted’ light is comparable to a vortex of air such as occurs in a hurricane.  Whereas lasers can be used in “optical tweezers” to manipulate microscopic matter, this special light with a twist can also rotate objects – an application which is sometimes described as an “optical spanner”.

This type of light has now been applied in many contexts, including astrophysics, biology, and chemistry – as well, of course, as physics.  Physicists at York are interested in its applications in the manipulation, cooling and trapping of atoms and molecules, including near surfaces.

Optical angular momentum is the technical term covering these effects, and ICOAM aims to bring together practitioners from around the world to discuss new developments and identify directions for further exploration of this field.

ICOAM is supported by the Institute of Physics’ Optics and Photonics division.  Full information about the conference is available on its website www.icoam.org

"This is the fruition of a long-held aim, to bring together the worldwide community in this exciting area of optics and to foster discussion of the forefront research activity.  Thanks to the numerous and very eminent contributors, we are confident of a highly stimulating scientific programme.

In its aim to highlight the most recent developments in the angular momentum of light, this eagerly awaited conference spans a subject range extending from the deepest fundamental aspects through to an exploration of consequences and applications in various physical scenarios.  Particularly, ICOAM draws together theoreticians and experimentalists.  The conference presents an ideal opportunity for networking, and for fostering new international collaborations and partnerships." 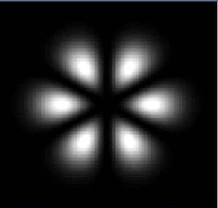 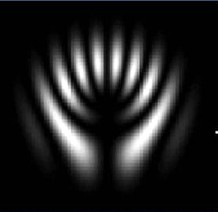 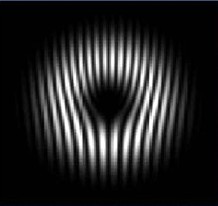