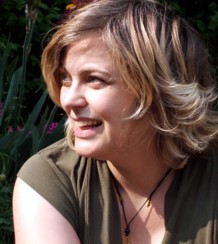 Dr Louise Dash of the Department of Physics is taking part in a national science communications event for school students called “I’m a Scientist Get Me Out of Here!” taking place between 14 and 25 June.

Funded by the Wellcome Trust, “I’m a Scientist” is described as “like school science lessons meet the X Factor”.  Each scientist is aiming to win a £500 prize to communicate his or her work.  The competition involves 100 scientists (four from York) and some 8000 school pupils will be taking part.  The scientists are divided into groups of five, each group making up a “zone” – Louise is in the “Neon Zone”.

Over the two-week period of the event, the scientists will discuss their work with the school students, via online chat and question-and-answer forums on the “I’m a Scientist” website.  During the second week, the pupils get to vote the scientists off, one by one, until only one is left in each zone and hence becomes the winner.

Louise describes her area of research as “working out how electronic devices consisting of a single molecule work by writing computer code”.  She would use the prize money to set up a website to explain quantum mechanics to school students.

"Quantum mechanics is fundamental to physics but it’s usually only taught long after we’ve formed our ideas about the world and its reality, which makes it conceptually really difficult to understand.   In our world, for example, if you throw a ball at a solid wall then you know it will always bounce back, but in the quantum world there’s a chance it will pass straight through the wall!  One of my undergraduate lecturers always thought that if the fundamentals were introduced to primary-age children it would actually be much easier to understand. I’d like to use the money to see if this was true, but also I think it would be lots of fun for the kids!"

More information about the competition, and how school pupils can participate, is available on the website www.imascientist.org.uk